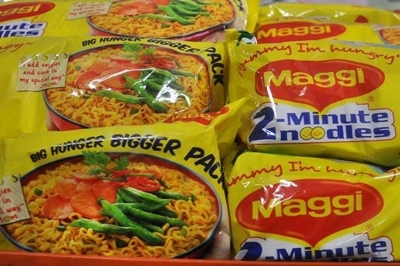 New Delhi: Nestle India today said all samples of Maggi have cleared tests conducted by three laboratories, as mandated by Bombay High Court, paving the way for the instant noodles brand to be back in the market after it was banned over the presence of excess lead.

The company said it will now commence manufacturing and will sell “only after the newly manufactured products are also cleared by the designated three laboratories”. “We have received test results from all three laboratories mandated by the Hon’ble Bombay High Court to test Maggi Noodles samples. All the 90 samples, covering six variants, tested by these laboratories are clear with lead much below the permissible limits,” Nestle India said in a statement.

The company, which had earlier said it was planning to bring back the Maggi noodles in the market by this year end, further said that it is committed to reintroducing Maggi noodles “at the earliest”. “In compliance with the orders of the Hon’ble Bombay High Court, we will now commence manufacture and will start selling only after the newly manufactured products are also cleared by the designated three laboratories,” the company added.

Stressing that Maggi noodles are safe, Nestle India said it has “conducted over 3,500 tests representing over 200 million packs in both national as well as international accredited laboratories and all reports are clear”. In addition to these, various countries including USA, UK, Singapore, Australia and others have found Maggi Noodles manufactured in India safe for consumption, it added.

Nestlé will continue to collaborate with the FSSAI, the apex food regulator and other stakeholders, the company said. In June, the FSSAI had banned Maggi noodles saying it was “unsafe and hazardous” for consumption after finding lead levels beyond permissible limits. The company had withdrawn the instant noodles from the market.

Nestle India had challenged the ban by FSSAI in the Bombay High Court. In August, the court lifted the nation-wide ban imposed by the Indian food regulators on Maggi noodles but ordered a fresh test of samples of the product in three independent labs across India. A division bench comprising Justices V M Kanade and B P Colabawalla also set aside the June 5 order of the Central government’s Food Safety Standards Authority of India (FSSAI).

It also quashed the order of Maharashtra’s Food and Drugs Administration (FDA) banning production and sale of Maggi noodles in India and the state. The judges ordered Nestle India to send five samples of each variant to three accredited labs in Punjab, Hyderabad and Jaipur and asked the labs to give their reports within six weeks. The samples would be drawn from 750 crates of samples lying with the company.

Nestle India, which took a hit of Rs 450 crore, including destroying over 30,000 tonnes of the instant noodles since June when it was banned because of alleged excessive lead content, had stated that it would continue with the existing formula of the product and not change the ingredients. The Consumer Affairs Ministry had also filed a class action suit against Nestle India seeking about Rs 640 crore in damages for alleged unfair trade practices, false labelling and misleading advertisements. It was for the first time that the ministry had dragged a company to the National Consumer Disputes Redressal Commission (NCDRC) using a provision in the nearly three-decade-old Consumer Protection Act.