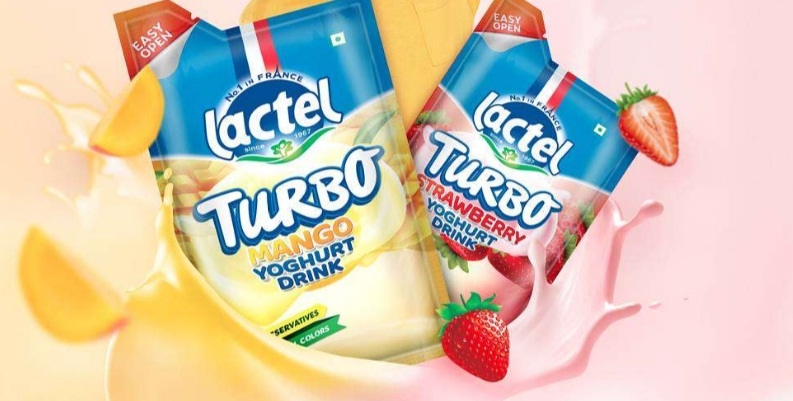 Lactel Turbo Yoghurt drink will be available in Chennai and Bengaluru in the first phase and plans to launch across North and West Indian cities by January 2022, company MD said/ Representational image | Photo credit: Company website

Groupe Lactalis, owners of popular dairy brand Lactel, on Thursday forayed into yoghurt segment with the launch of 'Lactel Turbo' yoghurt in Tamil Nadu and Karnataka.

"Lactel Turbo Yoghurt drink will be available in Chennai and Bengaluru in the first phase and plans to launch across North and West Indian cities by January 2022", he told reporters.

He noted that the yoghurt segment in India was valued at Rs 5,000 crore and the market was growing at a rate of 20 per cent. "Our target is to have 10 per cent share in this market in coming two years..", he said.

With the Lactel Turbo to be available in Tamil Nadu from Thursday and in Karnataka from Friday, Kumar said the company would gradually expand to Telangana, Andhra Pradesh and pan-India.

"In Tamil Nadu and Karnataka we are planning to cover 10,000 outlets", he said.

The company produces the yoghurt at its manufacturing facility in Melmaruthuvur, about 90 kms from Chennai and the Lactel Turbo would be available at Rs 15 per pack and comes with a 21-day shelf-life, he said.

On target revenues, he said last year it was close to Rs 4,000 crore as a group. "Last year was good and bad, because markets did not open till September and later opened up. This year, what we are expecting is Rs 4,200 crore revenues in spite of very bad second quarter", he said.

Asked whether the group has plans to acquire any other company, Kumar replied in the affirmative saying they do have plans in North India. "We are not present there. I think, within a year we will be able to do something..," he said.