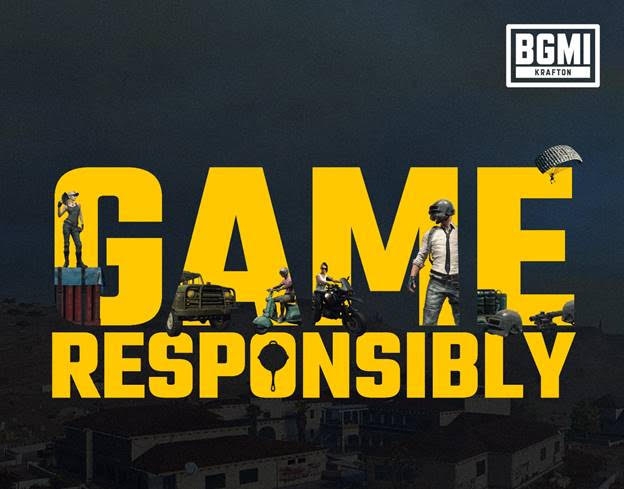 Starting with a series of films, the campaign encourages gamers to take a pledge of taking care of themselves and their squad mates’ mental health as they take on the Battlegrounds. | Krafton Inc

Starting with a series of films, the campaign encourages gamers to take a pledge of taking care of themselves and their squad mates’ mental health as they take on the Battlegrounds. It promotes safer and responsible gaming habits and builds awareness amongst players to cultivate safer and healthy gaming habits.

The first film which is out on YouTube addresses parents and tackles the core problem of continuous gaming in a light-hearted manner.

The second film will encourage players to occasionally “look up” from the phone they’re always buried into. Overall, the films drive home the message of responsible gaming with BGMI’s safety features. These films reinforce the significance of the campaign, and will work with key gamers and partners to raise awareness.

One of the first games in the world to implement measures for the well being of its players, including steps to reduce game time, this initiative is primarily aimed at promoting better Game-Life Balance while enjoying the Battlegrounds.

Battlegrounds launched with an array of efforts to make sure that while players have a fun time playing BGMI, they take adequate care of their physical and mental health, and parents are also equipped adequately with tools to impart healthy checks and balances while playing BGMI.

“We care deeply for our gamers, hence we acted. These changes have been made to ensure responsible gaming practices are adopted by gaming enthusiasts; specially minors. It also asserts the integrity and fairness of our business practices of putting community first. Yes, we aim to offer the best entertainment and experiences to our gamers, but at the same time mental and physical health of our players remains one of our top priorities” said Wooyol Lim, Head of Battlegrounds Mobile Division at Krafton.

Building a Responsible Gaming culture in a country that loves video games is crucial. The campaign pivots on addressing the imbalance behind continuous gaming to bring balance to the game, and aims to raise awareness about building a responsible gaming culture for all gamers.

Here are some important steps which exist within the game for parents to know, and understand.

Virtual world warning message: Just before the game starts, we have made sure that our players are aware of the virtual world they are entering. The in-game audio reinforces that this game exists in a virtual world and is not their real life.

OTP authentication: Every player, below the age of 18, needs to register a parent or a guardian before they start play for the first time. An OTP will be sent to the registered person’s number, post which the minor is allowed to play the game.

Breaktime reminders: Some games can get intense and make players lose track of time. But with our timely breaktime reminders, we have made sure that our players get the required downtime. These reminders help them look up from their game and get back to real life, maintaining a healthy game-life balance.

Gameplay limits: With a strict gameplay limit in place, we have made sure that players below 18 years do not indulge in gaming for more than 3 hours per day. This automatically helps them treat gaming as an activity performed in moderation.

Moderated game graphics: We have sensitised in-game graphics to inculcate a healthy and responsible gaming culture. We have reduced violence, bloodshed and set parameters that keep the language in check.