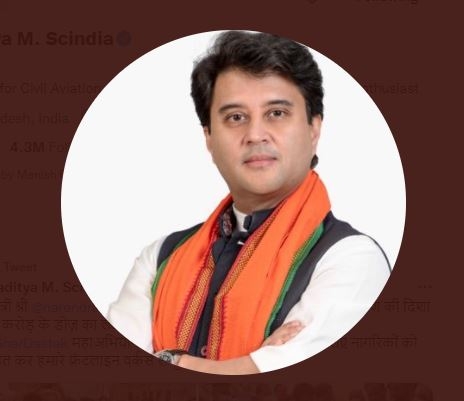 The first 99 services cover about 70-75 per cent of what DGCA does including pilot licensing, medical examinations, permission to fly training organizations, and connecting regional offices to the headquarters / Civil Aviation Minister Jyotiraditya Scindia | Photo: Twitter

Civil Aviation Minister Jyotiraditya Scindia on Thursday launched an online platform through which aviation regulator DGCA will provide its 298 services including pilot licensing and medical examination.

''Two hundred and ninety-eight services have been moved to the e-GCA platform 99 in the first two phases and 198 in the next two phases. The first 99 cover about 70-75 per cent of what DGCA does including pilot licensing, medical examinations, permission to flying training organisations and connecting regional offices to the headquarters,'' he stated.

The next two phases cover the remaining 30 per cent services of the Directorate General of Civil Aviation (DGCA), he said in his speech after launching the online platform 'e-GCA' here.

''And through this transformation (DGCA to e-GCA), we have achieved a number of objectives of becoming a single window online service platform, eliminating procedural inefficiencies and automating regulatory reporting,'' he noted.

The medical examination of pilots used to be a very cumbersome process in the old system, he noted. ''The process that required physical process to schedule an appointment, physically forwarding medical records to the DGCA and physically issuing the medical assessment. This process that used to take a month or more now would be completed in 2-4 days in the e-GCA,'' he mentioned.

In many ways, e-GCA is a rebirth of the DGCA, he said. ''Every organisation has to move from being itself and its process to looking at the world and its customers,'' he added.