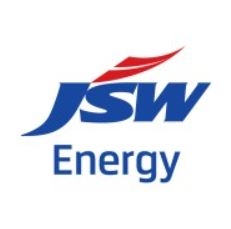 The fuel cost for the quarter increased three percent YoY to Rs 869 crore, primarily attributable to an increase in generation and higher fuel prices at the standalone entity / Representational Image |

JSW Energy on Friday reported a 3.7 per cent dip in its consolidated net profit to Rs 339 crore for the September 2021 quarter.

''On a comparable basis, adjusting for exceptional finance cost, profit after tax (PAT) stood at Rs 414 crore as compared with the reported PAT (consolidated net profit) of Rs 352 crore in the corresponding period of previous year (July-September 2020).

''Reported PAT for the quarter (July-September 2021) stood at Rs 339 crore,'' the company said in a statement.

The total revenue during July-September 2021 increased 12 per cent year-on-year to Rs 2,237 crore as against Rs 2,000 crore in the year-ago period, primarily due to an increase in short-term sales and higher other income.

The fuel cost for the quarter increased three per cent YoY to Rs 869 crore, primarily attributable to an increase in generation and higher fuel prices at the standalone entity, it stated.

The company added that the finance cost declined eight per cent YoY to Rs 191 crore, from Rs 207 crore a year ago.

This includes other finance cost of Rs 24 crore pertaining to interest on regulatory liabilities. Adjusted for that, the interest cost stood at Rs 167 crore, down 19 per cent YoY, it said.

Long-term sales of electricity during the quarter marginally increased to 6,201 million units (MU) as against 6,194 million units YoY, primarily due to higher sales at Ratnagiri and Vijayanagar plants, it stated.

Short-term electricity sales during the quarter stood higher by 116 per cent y-o-y to 236 MU as compared with 110 MU YoY, primarily due to higher short-term sales at Vijayanagar, it added.