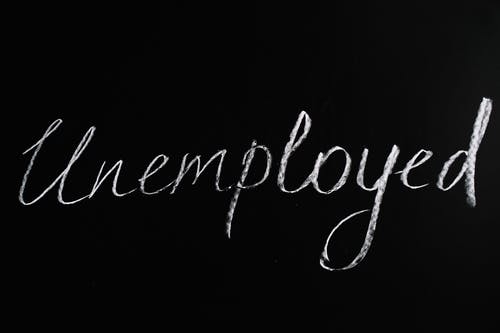 Not one notification has been issued by the Andhra Pradesh government in the last three months, leaving the unemployed youth distraught | pexels

Jobseekers in Andhra Pradesh have been left in the lurch for the third month in a row as the state government did not honour the job calendar and issue notifications for filling up hundreds of vacant posts. As per the job calendar released by Chief Minister Y S Jagan Mohan Reddy with a lot of fanfare on June 18, as many as 1,238 ''backlog'' vacancies were supposed to be notified in July, 36 Group 1 and 2 posts in August and 450 police jobs in September.

Not one notification has been issued in the last three months, leaving the unemployed youth distraught. On June 18, the Chief Minister released the annual recruitment calendar, promising to issue a job notification every month till March 2022 to fill 10,143 posts under various categories.

As per the job calendar, notification for filling 1,238 SC, ST and Divyaang (physically-challenged) backlog vacancies in different departments was supposed to be issued in July. In August, recruitment notification for 36 Group-1 and Group-2 posts should have been issued.

The two months only drew a blank in this respect as no notification came out. After a lot of dillydallying, the government last month issued orders enhancing the upper age limit for SC and ST candidates to enable filling up of backlog vacancies. But the shock came last month when the Andhra Pradesh Public Service Commission found out that the actual number of backlog posts to be filled was only 12.

"We have taken up the issue with the Social Welfare Department. The data relating to the vacancies has to be reconciled for a clear picture. That process is now going on," a senior official of the APPSC told PTI. Hence, the recruitment process could be delayed further and a notification issued only after the data is reconciled.

The Commission, at its next meeting later this month, is expected to take a decision on notifying 31 Group-1 and five Group-2 posts, according to the official. Though some backlog vacancies were supposed to be filled through the District Selection Committees, enquiries with some district Collectors revealed that no such exercise has been undertaken so far.

There are about 600 backlog vacancies in 13 districts that need to filled by the respective DSC. The APPSC, on its part, is planning to complete the recruitment process in a single session. A decision on this is also expected at the Commission's next meeting.

The police department was supposed to have issued a notification for filling up 450 posts in September, as per the job calendar. The State Level Police Recruitment Board, however, issued no such notification.

SLPRB Chairman Harish Gupta did not respond to queries on the issue. Sources in the department, however, said the recruitment process was being re-worked as over 14,000 women police have been absorbed into the department from the village secretariats.

"Virtually no constable posts remain (vacant) in the department with the absorption of the women police. So we have to focus on recruitment of sub-inspectors first," a top police official said. The SLPRB was now engaged in the exercise and the actual notification of jobs might take some more time, he added.