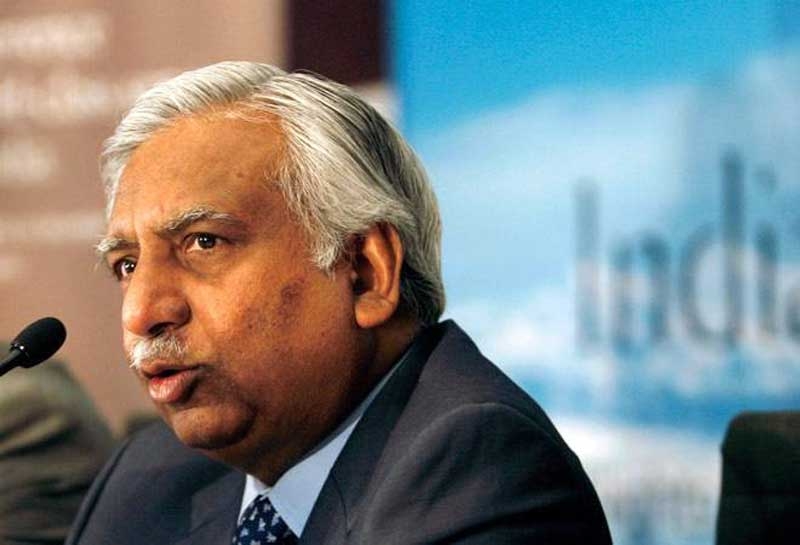 Mumbai: A turnaround plan for troubled Jet Airways is likely to see its promoter Naresh Goyal exiting the carrier. A consortium of lenders led by State Bank of India (SBI), which held a meeting on Tuesday, wanted Jet Airways founder chairman to give up majority control and step down from the board of the troubled airline, sources said. Lenders to the debt-laden carrier on Tuesday met representatives of Jet and Eithad Airways to discuss a financial restructuring plan for the airline, which if implemented, would result in Goyal losing majority stake in the airline. Banks want a change in management as part of the resolution plan, and Goyal has been asked to step down from his board position, and give up majority control, said the sources.

Lenders have in the past discussed Nivaan Goyal, the 28-year old son of Naresh Goyal, potentially replacing his father on the board. The meeting was chaired by SBI at its headquarters in Mumbai and attended by Goyal and Etihad Airways, which holds a 24 per cent stake in the carrier. During the talks, SBI made it clear that no fresh loans would be given to Jet Airways until the results of Ernst & Young’s (E&Y) forensic report on the company’s books were in, the sources said. Last month, SBI asked E&Y to carry out a forensic audit of the airline’s financials for the fiscal years 2014 to 2018. SBI is the lead banker to the airline’s loans of over Rs 8,000 crore. Jet Airways has a loan account with SBI whose exposure to the airline is said to be close to Rs 2,000 crore. Jet had reported a net loss of Rs 1,261 crore for the second quarter of FY19.

The carrier defaulted on payment of an interest and principal installment due on December 31 to a consortium of banks led by SBI, leading to a downgrade by credit rating agency ICRA. Jet Airways, in a statement to exchanges at the time, said the delay in payment was due to a temporary cash flow mismatch. As per the proposed restructuring plan, part of Jet Airways debt would be converted to equity, which banks will hold while Goyal along with Etihad Airways would be required to infuse fresh capital into the beleaguered airline. Sources added that Goyal’s stake is expected to fall below 20 percent after the restructuring. In addition, banks may also allow some moratorium on loan repayment until April, said one of the sources. As per ICRA’s report, Jet Airways has large repayments due until March to the tune of Rs 1,700 crore and further Rs 2,445 crore by FY20 and Rs 2,168 crore by FY21. According to the RBI’s Feb 12 circular, banks will have to approve a resolution plan for the company within 180 days starting the first day of delay in payment, which was January 1 in case of Jet Airways, failing which the company will have to be sent to the bankruptcy court under Insolvency and Bankruptcy Code.