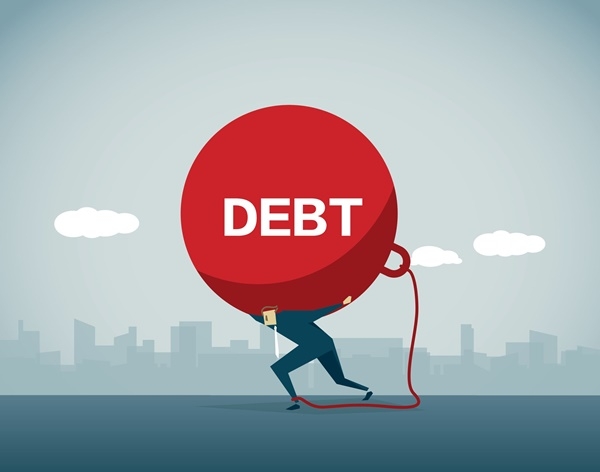 The external debt during the period under review rose by 2.8 per cent or $15.4 billion on a year-on-year basis.

"Valuation gains due to the appreciation of the US dollar vis-a-vis Indian rupee and other major currencies were placed at $16.6 billion. Excluding the valuation effect, the increase in external debt would have been $32 billion instead of $15.4 billion at end-March 2020 over end-March 2019."

On a segment specific basis, commercial borrowings remained the largest component of external debt, with a share of 39.4 per cent, followed by non-resident deposits (23.4 per cent) and short-term trade credit (18.2 per cent).

"The instrument-wise classification shows that the loans were the largest component of external debt, with a share of 34.8 per cent, followed by currency and deposits (24 per cent), trade credit and advances (18.7 per ce nt) and debt securities (17.4 per cent)."

According to M. Govinda Rao, Chief Economic Advisor, Brickwork Ratings: "External debt as a ratio of GDP has shown a marginal increase to 20.6 per cent in 2020 as compared to 19.6 in the previous year."

"The outlook on this front does not look bright as the economy may have to settle down to a lower level equilibrium due to lockdown and restrictions during 2021."