HomeBusinessIndia will 'benefit' from price cap on Russian oil: US Treasury Secretary Yellen

India will 'benefit' from price cap on Russian oil: US Treasury Secretary Yellen

India will 'benefit' from price cap on Russian oil: US Treasury Secretary Yellen | Wikipedia
Follow us on

India will "benefit" from the proposed price cap on oil, Treasury Secretary Janet Yellen has said, arguing that the United States does not want Russia to "profit unduly" from the war by enjoying prices that are essentially very high due to its Ukrainian invasion.

Developing countries like India and China have been increasingly buying discounted Russian oil as global energy prices remain high and Western nations seek to scale down their reliance on Russian energy.

"We want Russian oil to continue to supply global markets; stay on the market. But we want to make sure that Russia doesn't profit unduly from the war by enjoying prices that are essentially very high due to the war," Yellen told PTI in an exclusive interview on Monday ahead of her trip to India later this week.

India's oil purchase from Russia and the Ukrainian invasion is expected to be significant topics of discussion during her India trip, where Yellen is travelling to primarily co-chair the US-India Economic and Financial Partnership (EFP) dialogue along with her Indian counterpart Union Finance Minister Nirmala Sitharaman.

"Our objective is to hold down the price that Russia receives for its oil and keep that oil trading. The gainers from this will be particularly those countries that do buy cheap Russian oil, and our hope would be that India would take advantage of this price cap, though its firms are bargaining with Russia," Yellen said.

Read Also
'Would like to keep it going': Jaishankar on Russian oil imports "If they (India) want to use Western financial services like insurance, the price cap would apply to their purchases. But even if they use other financial services, we believe the price cap will give them leverage to negotiate good discounts from world markets. We would hope to see India benefiting from this programme," the Treasury Secretary told PTI in response to a question.

Russia now makes up for 22 per cent of India's total crude imports, ahead of Iraq's 20.5 per cent and Saudi Arabia's 16 per cent. 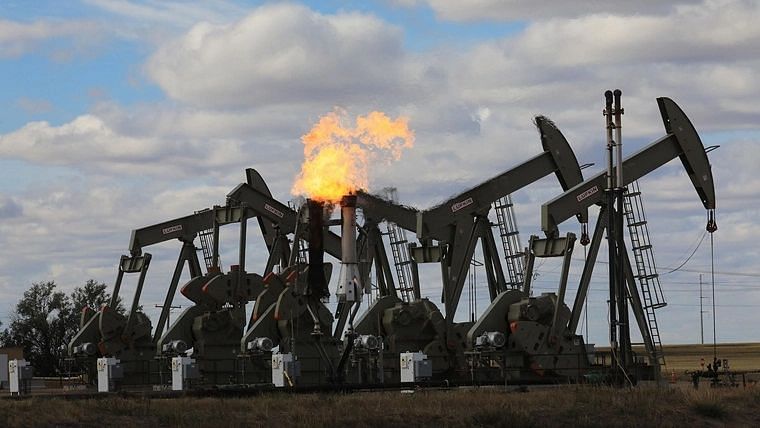 India's G-20 presidency will be another major topic of discussion during Yellen's meetings with Indian leaders.

"We are very supportive of India's G20 presidency. We certainly want to make sure that it's a successful year," she said.

"There will be topics on our agenda for meetings. For example, climate change will be very important. We are both concerned about debt sustainability. A large number of low-and middle-income countries in this difficult global environment are encountering problems of unsustainable debt," she said.

"We need to figure out a way to deal with debt overhangs in a collective way. The multilateral development banks and their evolution and the rules of the digital economy, I think all of these areas will be a focus for India during the G-20. I expect those are things that we'll discuss," Yellen said.

"I'm sure we're going to also discuss the spill-overs of Putin's war in Ukraine, that's having negative spill-overs around the globe. This is something that G-20 will need to address. There's broad consensus in the G-20 that the best thing for the global economy would be for Russia to end its war," Yellen told PTI in response to a question.