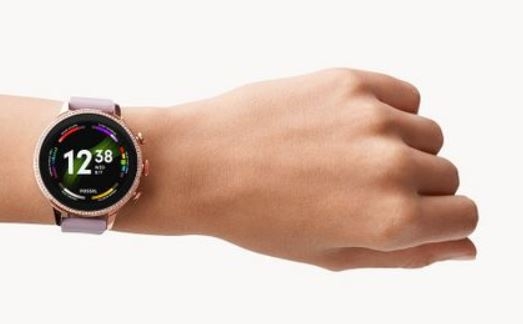 Watches continued to be the fastest-growing category with 4.3 million shipments in the third quarter, while wristbands saw a seventh consecutive quarter of annual decline to 738,000 units / Representative Image | Photo: Twitter

Despite the logistic challenges and increase in freight costs, vendors remained aggressive in their shipments and were able to manage the inventory for the upcoming month-long festival sales, IDC said.

Shipments in September surpassed 10 million, growing two-fold from the same month last year, resulting in a record quarter for wearable devices in India, it added.

Watches continued to be the fastest-growing category with 4.3 million shipments in the third quarter, while wristbands saw a seventh consecutive quarter of annual decline to 738,000 units, IDC said.

Truly Wireless (TWS or earbuds) devices reached a 39.5 per cent share of the earwear segment (18.73 million units shipment) in the quarter under review, but the market remains dominated by over-the-ear and tethered devices, it added.

“While seasonality made Q321 the biggest quarter for wearables, the influx of devices at the entry-level was the key growth factor. Throughout the quarter, Indian vendors were aggressive with their launches and channel expansion,'' IDC India Market Analyst (Client Devices) Anisha Dumbre said.

Aggressive intent to maintain their lead helped them to further reduce the average selling price of watches to USD 73, putting immense pressure on a struggling wrist band category, she added.

IDC said India-based brands have captured over two-thirds of the watch market with their aggressive offerings and marketing spends on digital platforms.

''So far, these new-age brands have been able to limit the incumbent smartphone brands' ability to make any dent in their growth and continue to dominate the wearables and wristwear categories,” Dumbre said referring to the foray of smartphone companies in the wearables segment.

The proliferation of new entrants in the mass market segment has increased competition, putting a lot of pressure on brands to differentiate in a market that is getting inundated with lookalike products, IDC India Research Manager (Client Devices) Jaipal Singh said.

“Celebrity endorsements are a key tactic for brand recall. However, to maintain the growth momentum they must invest more in newer designs and aesthetics, as well as newer collaborations with existing franchises,'' he added.

This can help create unique product experiences that will not only help associate with new customers but can also open new avenues to sell these products, he said.