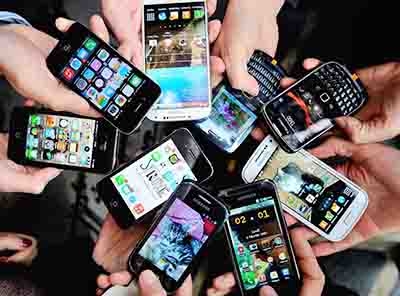 The April-June quarter started on a low note for the Indian smartphone market amid the second wave of COVID-19 but quickly recovered towards the end, clocking 86 per cent year-on-year growth to reach about 34 million units, research firm IDC said.

The second wave of COVID-19 hit the country almost a year after the first wave but varied significantly in terms of market response.

Infections spread much faster even in rural areas and had a higher mortality rate, but there was a lesser impact on manufacturing and logistics, while the lockdown was not as strict as the year before, IDC said.

As a result, state-led lockdowns resulted in a few pockets recovering faster in the second quarter, generating pent-up demand in June 2021, it added.

Nevertheless, a rebound in 2022 will be possible with upgraders in the low-mid price segments, supply-led push of 5G devices, feature phone migration with new offerings expected in upcoming months (as announced by Reliance Jio), and better supplies to market, he added.

The second quarter witnessed an accelerated growth of the online channel, led by e-tailers, resulting in a record share of 51 per cent with 113 per cent year-over-year (y-o-y) growth. On the other hand, the offline channel was impacted by weekend curfews in many areas and partially opened markets (with odd/even schemes) through May and mid-June.

India stood at fourth position, following China, the US and Japan, in terms of 5G shipments of 5 million with the lowest ASP (average selling price) at $410, IDC said.

Though the government is yet to roll out the spectrum, IDC expects an inflow of more affordable 5G devices by end-2021 at sub-$200.

"Though there were aggressively priced 5G model launches in 2021, most shipments were 4G. Nevertheless, it is still months away from 5G to become mainstream, underlining the importance of spectrum availability, clear use cases, and ensuring a cohesive future-ready infrastructure led by telcos," IDC India Associate Research Manager (Client Devices) Upasana Joshi said.