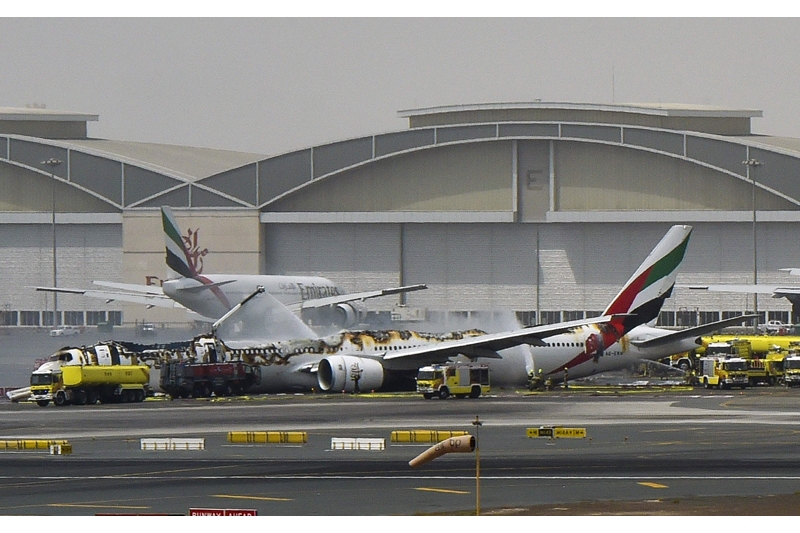 India continued to be the Dubai airport's top destination country by traffic volume in the first half with passenger numbers exceeding 1.9 million/ Representational image |

India continued to be Dubai International Airport's top destination country by traffic volume in the first half of 2021 with passenger numbers exceeding 1.9 million (19 lakh), despite travel restrictions due to COVID-19 affecting its key source markets.

The world's busiest airport for international travel clocked 10.6 million passengers in the first six months of 2021, Dubai Airports said on Wednesday.as it projected robust growth for Dubai International (DXB) in the second half of the year.

"In anticipation of the robust recovery of global air travel, we started the second half on a high note by re-opening Terminal 1 and Concourse D - the home terminal for our 60 international carriers - after 15 months of hibernation to accommodate the seasonal rush of travellers over the summer holidays," said Paul Griffiths, CEO of Dubai Airports.

"This was essential to facilitate the continued expansion of the route networks of our home base carriers Emirates and flydubai, whose joint network - currently spanning 168 destinations - continues to grow," Griffiths said.

India continued to be the Dubai airport's top destination country by traffic volume in the first half with passenger numbers exceeding 1.9 million, followed by Pakistan with 700,074 customers, Russia with 406,209, and Egypt (401,361), Dubai Airports said in a press release.

"We have already witnessed some of our busiest weekends of the year in July, and with major international events such as the Dubai Expo 2020 and Dubai Airshow 2021 lined up for the months ahead, the outlook for 2021 in terms of passenger numbers looks very promising," Griffiths said.

He said the UK's recent decision to move the UAE to the 'Amber list' and the UAE's conditional lifting of travel restrictions for passengers arriving from four countries in the Indian subcontinent as well as Nigeria and Uganda will significantly boost DXB's traffic.

According to the latest figures issued by Airports Council International (ACI), DXB remains the world's busiest airport for international passengers after retaining the title for the seventh consecutive year for annual traffic in 2020.

The airport holds a significant lead over other international airports and has nearly twice the passenger traffic of the next busiest global hub in the Middle East, the press release said.

Dubai Airports data showed Dubai airports passenger volumes in the second quarter totalled 4.9 million, taking the half-yearly figure for the year to 10.6 million, a year on year contraction of 40.9 per cent, it said.

Cargo continued to outshine the passenger segment in terms of recovery with cargo volumes nearing 2019 levels in the second quarter. DXB recorded 571,568 tonnes of freight in the second quarter, propelling the first half volumes to 1.1 million tonnes, a year-on-year increase of 27.7 per cent.

It recorded a total of 99,392 flight movements during the first half, a marginal year on year increase of 0.9 per cent due to a low base resulting from the impact of the partial suspension of operations from March 25 to July 7 in 2020.

Dubai International Airport will see a massive spike in passenger traffic in the coming days as more than a million passengers will travel between August 12 and 22, with daily peaks averaging 100,000 passengers during weekends, The Khaleej Times reported.

In a statement issued on Tuesday, Dubai Airports said this could be the hub's busiest weekend so far this year. It urged travellers to stay abreast of the latest travel regulations and plan their journeys for a smooth travel experience.

The increase in passenger traffic is attributed to summer holidays when families travel back to the UAE as well as easing of travel restrictions for certain countries by the UAE government, the report said.

The UAE recently eased travel regulations for inbound and transit passengers from some Asian and African countries, including India.

"We are prepared, and we are doing everything we can to make sure that passengers have a safe and smooth experience at DXB," said Essa Al Shamsi, vice-president of terminal operations at Dubai Airports.

"Considering that volume of passengers will be significantly higher in the arrivals area during this period, it is important that those meeting and greeting arriving passengers do not congest the road in the terminal forecourt and that they pick up their friends and family in comfort by using the car park or valet service," Shamsi said.