India, Israel agree to resume negotiations on FTA from next month 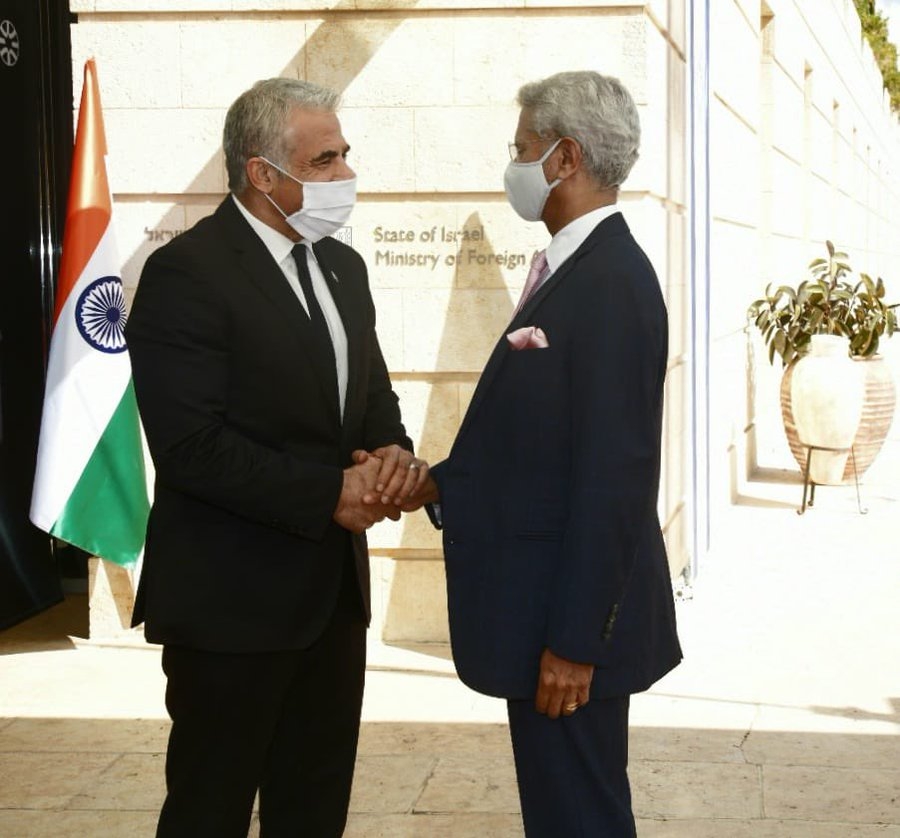 India and Israel on Monday agreed to resume negotiations on a Free Trade Agreement (FTA) from next month as the two sides are confident to conclude the long-pending deal by June next year.

''Our officials have actually agreed on the resumption of the India-Israel free trade negotiations starting in November. They are very confident that we would be able to conclude the negotiations by next June,'' External Affairs Minister S Jaishankar announced after he met Alternate Prime Minister and Foreign Minister Yair Lapid.

Discussed a wide range of regional and global issues.

Discussions around the FTA have been going on between the two sides for more than a decade but it is the first time that a definite deadline has been set, providing seriousness to the process.

Several announcements on the issue have been made by the two sides over the years but the agreement has remained elusive.

On his part, Lapid also stressed that the FTA will be ''finalised as fast as we can'' in the interest of both the countries and business communities.

''I am looking forward to deeply strengthening friendship between our countries,” he said, describing India as ''one of our most, not only a strategic partner but also a friend.'' ''We see India as an important ally for many years,” Lapid stated. “India also brings new opportunities for cooperation.” The two ministers also discussed further cooperation in the areas of water and agriculture.

Israel has also joined the International Solar Alliance (ISA), a global initiative that India has spearheaded, with Jaishankar and Israel's Energy Minister Karine Elharrar signing on the agreement.

''First of all let me say what a great pleasure it is to see Israel joining the international solar alliance. I think you bring a lot of value to the table and as we approach COP 26, it is very important in our growing agenda and green road, green economy,” Jaishankar said.

''We understand that only a global action will succeed in addressing the climate crisis securing the future of our children and our loved ones,'' Elharrar said after signing the MoU. ''Joining the ISA, along with over 80 countries that are blessed with sunlight and are advancing solar energy, will allow Israel to contribute and gain from the global battle against climate change and promote solutions together for a greener future,” Elharrar said.

Israel’s former prime minister Benjamin Netanyahu in November last year had said that his country is a partner to India in its quest for less carbon and less pollution while attending a digital conference of the ISA at the personal invitation of Prime Minister Narendra Modi. ISA, seeking to harness the power of the Sun to control pollution and lessen carbon footprint, is an initiative of Prime Minister Modi and is said to have already brought about 80 countries into its fold.

In order to ease travel between the two countries amidst the COVID pandemic, India and Israel have also agreed to mutually recognise vaccination certificates.

Israel and India helped one another during the COVID-19 pandemic, Lapid said. ''That is how friends and partners act.'' Jaishankar, who arrived here on Sunday on his maiden visit to the country, would also call on President Isaac Herzog and Prime Minister Naftali Bennett.

He will also be holding talks with leading academics from all over Israel, business community leaders and interacting with the Indian Jewish community.

Jaishankar will also be visiting places of historical significance to India, demonstrating its long-term presence in the region and constructive role played in shaping the history of the region.

India and Israel elevated bilateral relations to a strategic partnership during the historic visit of Prime Minister Narendra Modi to Israel in July 2017.

Since then, the relationship between the two countries has focused on expanding knowledge-based partnership, which includes collaboration in innovation and research, including boosting the 'Make in India' initiative, the Ministry of External Affairs said in a statement ahead of his departure.