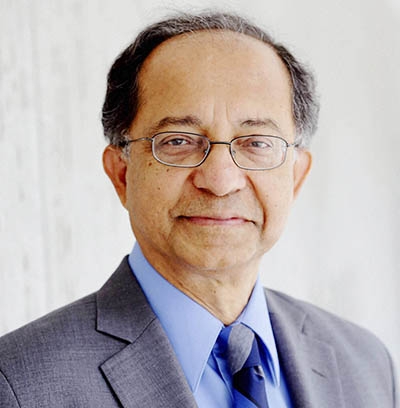 In the April-June period, India’s GDP shrank by 23.9 per cent, the steepest contraction ever. This was the period the COVID-19-induced lockdown was at the peak. Many have reacted to this fall, the latest to react to this decline is former chief economist of the World Bank, Kaushik Basu.

He took to twitter expressing the need for the Indian government to provide ‘urgent fiscal injection to restart the engines’. He also pointed out that India is among the world’s slowest-growing economies in the world today.

It’s clear now that in Q2 (April-June), India, with growth -23.9%, is among the world’s slowest growing economies. India has strong fundamentals & was among the 3/4 fastest growers. This is an unbelievable rank-reversal & we need urgent fiscal injection to restart the engines.

But his statement was countered by some Twitter users. One of the users asked if there is any growth in the economy. Another termed the contraction as ‘incredible fall’.

Incredible fall from top 3 fastest growing economy to slowest growing economy across the world. We have to accept the strategy of harsh lockdown has failed completely it has hurt our economy and health wise also there seems to be no control on spreading of #coronavirus in India. https://t.co/Q6asnyjk0b

Meanwhile, a series of tweets were posted by a pro-government user who tried to explain why this contraction.

1)To "unbelievable rank-reversal" let's now add a bit of perspective/ context : India was under Lockdown in April, May & June. Economic contaction hence was expected & is logical.

2)India decided to save lives first rather than save the Economy ... 1/2

Demand happens only when sentiment is positive

With pandemic still raging, will demand increase or will it just fuel food inflation?

Question is : With so much of uncertainty around,will fiscal stimulus at this stage yield results? ... 2/2

Others supported Basu, who was a chief adviser to the Government of India during UPA rule. Basu is now C. Marks Professor of International Studies and Professor of Economics at Cornell University.

Many even went on to tag the ministry of finance to know what is the development in the economic stimulus. Others shared their suggestions to help the economy.

If there's ONE issue on which there's ABSOLUTE consensus these days - among economists, fmr RBI governors, govt advisors, opposition politicians & ideologues of different hues - it is that India needs an urgent economic stimulus

In the April-June period, agriculture was the only outlier as all other sectors, including manufacturing, construction and services, suffered steep declines. India's economy had grown by 5.2 per cent in the same quarter of last fiscal, as per the data released by the National Statistical Office (NSO).

The government had imposed a nationwide lockdown from March 25, 2020 to curb the spread of COVID-19 infections which adversely impacted all sectors of the economy.