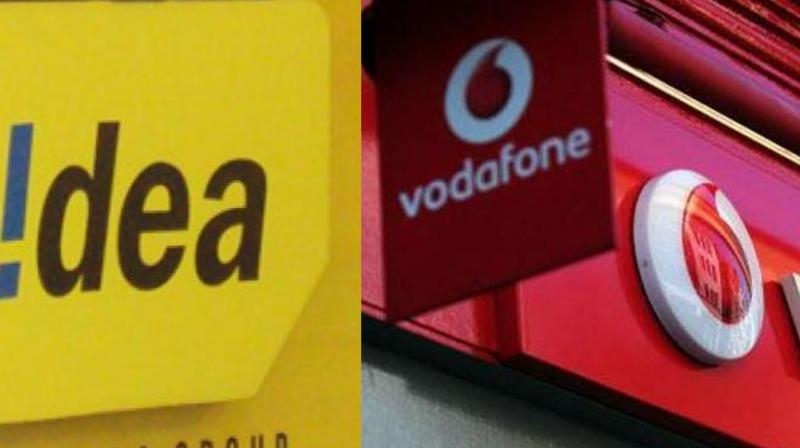 Vodafone Idea has approved the conversion of the full amount of interest related to spectrum auction installments and adjusted gross revenue (AGR) dues into equity, the telecom player said in a regulatory filing on January 11./ Representational image |

The government is set to become the single largest shareholder in Vodafone Idea Ltd (VIL) with a 35.8 percent share after the telecom company chose to opt for converting the interest amount on AGR dues into government equity. The company is reeling under a debt burden of about Rs 1.95 lakh crore.

Vodafone Idea decided to opt for converting about Rs 16,000 crore interest dues liability payable to the government into equity which will amount to around 35.8 per cent stake in the company.

After Vodafone Idea, Tata Teleservices (Maharashtra) on Tuesday said it will opt for conversion of the interest amount on AGR dues into equity and post-conversion, the government's holding in the company is expected to be around 9.5 percent.

Ms Vipula Sharma, Director - Ratings and Head - Infrastructure Ratings [Brickwork Ratings ], said, "Who will be responsible, who will own this company is key. While this ensures survival, a clear promoter is essential in this sector which is still recovering and yet to achieve viable ARPUs."

Tony Verghese, Partner, J Sagar Associates (JSA), said, "The move of conversion to equity, of its debts relating to interest due on spectrum in favour of the Government, by Vodafone Idea is indeed very surprising and unexpected. While the move will definitely keep the company afloat for some time, however, from an overall sustainability perspective of business and expansion, with the current shareholders, the promoter Vodafone plc. and the other significant shareholder Aditya Birla Group now becoming lesser stakeholders in the company, it remains to see how this will improve.

"It is unlikely that the business will sustain a long period, unless the Government comes out with a definitive plan of reviving the business of Vodafone Idea in consultation with the existing shareholders. Whether the Government may contemplate a move of combining the businesses of Vodafone Idea with BSNL, such as a merger and thereafter looking for a purchaser, is something that remains to be seen, given that the BSNL auctions have hit several roadblocks over the last few years," Verghese added.

The government could end up owning 34 percent in Vodafone Idea if the company exercises the option, said IIFL Securities. "The DoT fixed the relevant date for pricing of equity as August 14, 2021. The VWAP calculation yields a number less than Rs 10 face value; hence the issue price would be Rs10 if Vodafone Idea were to exercise the option. With Vodfaone Idea’s prospects improving in recent months and possibilities of Vodafone PLC selling its stake in Indus and infusing equity in Vodafone Idea, the chances of the company availing the option for conversion of government dues into equity are low, in our view. The government potentially owning 34% stake in Vi could also pave the way for a 2-player market, which is something Vi (and the government itself) may want to avoid.'

Government converting its spectrum and adjusted gross revenue (AGR) dues to equity would not change anything strategically into management of Vodafone business prospects in any term. "This can be read just as a rescue plan to keep Vodafone under survival mode while this would stave off the risk of immediate danger of bankruptcy," said Prashant Tapse, Vice President (Research) at Mehta Equities Ltd.

Will government ownership come in the way of capital raising and stunt growth? Tapse said, "Post-this equity conversion and dilution, I don’t expect the goverment to play an active part in any of the capex plans which are due on books. I assume once the company starts doing well in terms of operation and profitability, the company may look to raise money via QIP or Right Issue wherein the government may or may not participate. Telecom as a sector growth is intact with raising ARPU across the players. Now with clarity coming in with government becoming part owner has no negative impact on the company. We advise risk takers can continue to hold while conservative investors may avoid this," he added.