The merchant bankers will have to submit their bids by September 10. The government currently holds 87.40 per cent stake in IRCTC. To meet Sebi's public holding norm, the government has to lower its stake in the company to 75 per cent.
PTI 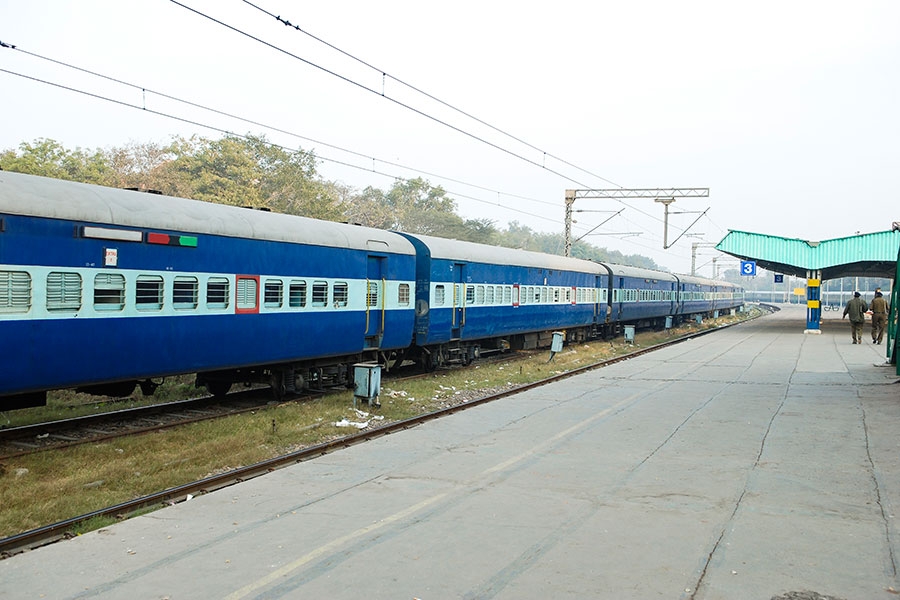 Rs 16 crores in 17 hours: That's how much Indian Railways generated via IRCTC booking from yesterday | Imagesbazaar

The government is planning to sell part of its stake in Indian Railway Catering and Tourism Corp (IRCTC) in the current fiscal, and has invited bids from merchant bankers for managing the sale process. "The GoI intends to disinvest a part of the paid up equity capital of IRCTC out of its shareholding through 'Offer for Sale (OFS) method of shares by promoters through the stock exchanges' as per Securities and Exchange Board of India (Sebi) Rules and Regulations," DIPAM said while inviting Request for Proposal (RFP).

The merchant bankers will have to submit their bids by September 10.

The government currently holds 87.40 per cent stake in IRCTC. To meet Sebi's public holding norm, the government has to lower its stake in the company to 75 per cent.

IRCTC, the only entity authorised by Indian Railways to provide catering services to railways, online railway tickets and packaged drinking water at railway stations and trains in India, was on the stock exchanges in October 2019. The company had raised Rs 645 crore through the IPO.

IRCTC OFS will help the government inch forward in meeting the Rs 2.10 lakh crore disinvestment target. Of this, Rs 1.20 lakh crore will come from disinvestment of public sector undertakings and another Rs 90,000 crore from stake sale in financial institutions.

So far in the current fiscal, the Department of Investment and Public Asset Management (DIPAM) has not been able to sell stake in any CPSE as the coronavirus outbreak has impacted equity markets. However, through Bharat Bond ETF-II, the government has garnered subscription worth Rs 11,000 crore for 'AAA' rated bonds of CPSEs.

DIPAM Secretary Tuhin Kanta Pandey had last month said restrictions on international travel due to COVID-19 pandemic have put brakes on strategic disinvestment of CPSEs, like Air India and BPCL, but completing the transactions remains a priority of the government.

DIPAM, which manages the CPSE stake sale process, has also set into motion the process of listing of the country's largest insurer Life Insurance Corporation (LIC) and appointed pre-IPO transaction advisor. The government is looking at listing the insurer on domestic bourses in the January-March quarter of the current fiscal.

The government is also looking at launching initial public offering (IPO) of Indian Railway Finance Corp Ltd (IRFC) and had in January filed draft red herring prospectus (DRHP) with the Securities and Exchange Board of India for IPO of over 140 crore equity shares.

The Union Cabinet had in April 2017 approved listing of five railway companies. While four of them -- IRCON International Ltd, RITES Ltd, Rail Vikas Nigam Ltd and IRTC -- have already been listed, IRFC is likely to be put on the block this fiscal.