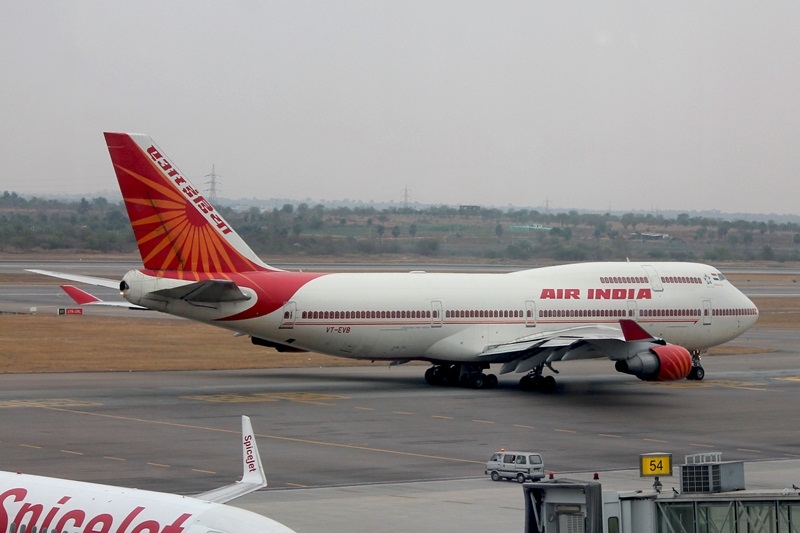 New Delhi: The government is eyeing around USD 1 billion (about Rs 7,000 crore) from the sale of national carrier Air India in the next financial year, a government official said.

The government will initiate the process of strategic disinvestment of Air India in the second half of 2019-20 and in between it would work towards selling some of its subsidiaries and monetise assets.

“We are eyeing USD 1 billion from the sale of Air India,” the official told PTI. After a botched attempt to sell Air India in May last year, the Jaitley-led panel in June decided to scrap the stake sale plan for the time being. It was decided to infuse more funds into the carrier and cut down debt by raising resources by selling land assets and other subsidiaries.

The government had initially planned to offload 76 per cent equity share capital of the national carrier as well as transfer the management control to private players. The buyer was required to take over Rs 24,000 crore debt of the carrier along with over Rs 8,000 crore of liabilities.

The ministerial panel has already cleared strategic sale of Air India’s ground handling subsidiary, Air India Air Transport Services. Plans are afoot for selling another subsidiary, Air India Engineering Services. The proceeds from sale of subsidiaries and land and building assets would go to the SPV and will be utilised towards lowering the debt burden of the airline.

The national carrier had in September last year invited bids to sell its properties located across India. The airline had put up for sale 28 flats in Mumbai, seven flats in Ahmedabad, and two flats and an office space in Pune, besides several other properties across the country.

On December 27, the civil aviation ministry told the Lok Sabha that the government has prepared a revival plan for Air India. A comprehensive financial package, including transfer of non-core debt and assets to a SPV, implementation of robust organisational and governance reforms by the board and differentiated business strategies for each of the core businesses of Air India, are part of the plan.