In a BSE filing, Scooters India said the Ministry of Heavy Industry and Public Enterprises has communicated that the competent authority has approved the closure. It has also cleared seeking a loan (with interest) of Rs 65.12 crore required for the closure from the Government of India.
PTI 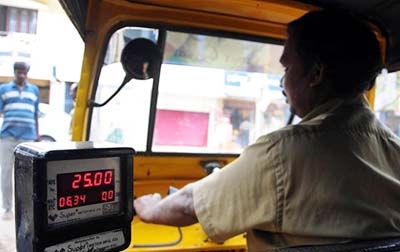 The new fares would mean that commuters have to pay a minimum of Rs 18 for autos and Rs 22 for taxis, an increase of Re 1 for both |

The government has approved closure of loss-making state-owned firm Scooters India Limited and shutting down the operations of its units, the company said on Thursday. PTI had reported a week ago that the Cabinet Committee on Economic Affairs (CCEA) is believed to have given its consent to the closure of the Lucknow-based company.

In a BSE filing, Scooters India said the Ministry of Heavy Industry and Public Enterprises has communicated that the competent authority has approved the closure. It has also cleared seeking a loan (with interest) of Rs 65.12 crore required for the closure from the Government of India.

Besides, it has approved separating the regular employees rendered surplus due to the closure through voluntary retirement scheme / voluntary separation scheme (VRS/VSS).

The employees not opting for VRS/VSS will be retrenched as per the provisions of the Industrial Disputes Act, 1947.

The firm has around 100 employees.

The Scooters India brand name shall be sold separately as the company holds famous brands such as Lambretta, Vijai Super, Vikram and Lambro. The company produces several types of three-wheelers under the Vikram brand.

"Before closure of the company, the trademarks/brands available with the company are to be monetized and the proceeds are to be utilised for the closure process," the filing said. If the company fails to monetize the same in a timely manner, the brands/trademarks will be vested in the Government of India with a right to vest the same in another government company. The disposal of the plant/machinery and movable assets will be done through e-auction by MSTC Limited, the filing said. Moreover, 147.49 acres of the company's land shall be returned to the Uttar Pradesh State Industrial Development Authority at mutually agreed upon rates. The government's go-ahead to the closure proposal paves the way for the Heavy Industry Ministry to begin the process of winding up the firm.

The process of winding up also involves delisting of its shares from the stock exchange. The Centre has made several efforts in the past to find buyers for Scooters India and nurse the ailing firm back to health, but they have not yielded results.

In 2018, the government had invited expression of interest (EoI) to sell its entire stake with transfer of management control in Scooters India.

Scooters India was incorporated in 1972. It was engaged in designing, developing, manufacturing and marketing a broad spectrum of conventional and non-conventional fuel driven three-wheelers.

In 1975, the company started commercial production of scooters under the Vijai Super brand for the domestic market and Lambretta for the overseas market. Later, it also introduced three wheelers under the brand name of Vkram/Lambro.

However, in 1997, the company strategically discontinued its two-wheeler production and concentrated only on manufacturing and marketing of three-wheelers.