Get Green Card in US by paying supplemental fee; all you need to know 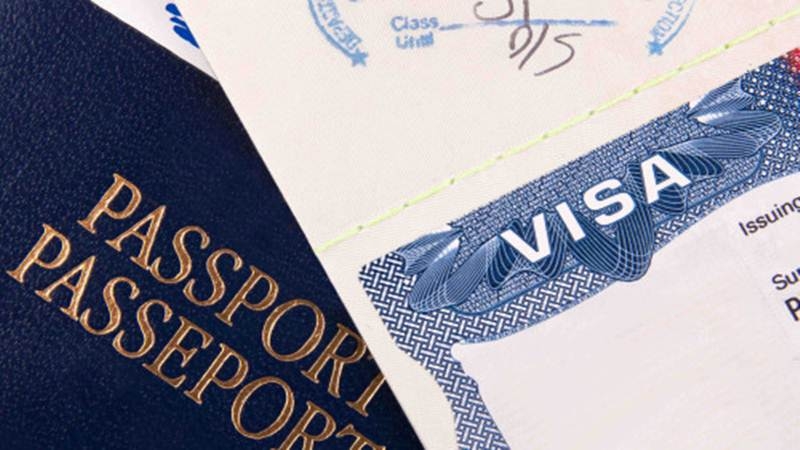 A Green Card, known officially as a Permanent Resident Card, is a document issued to immigrants as evidence that the bearer has been granted the privilege of residing permanently in the US. |

Millions of people stuck for years in the employment-based Green Card backlog in the US, including a sizable number of Indians, can hope for a lawful permanent residency in America by paying a supplemental fee if a new House bill is passed into law.

The move, if included in the reconciliation package and passed into law, is expected to help thousands of Indian IT professionals who are currently stuck in an agonising Green Card backlog.

A Green Card, known officially as a Permanent Resident Card, is a document issued to immigrants as evidence that the bearer has been granted the privilege of residing permanently in the US.

According to the committee print released by the US House of Representatives Judiciary Committee, which has jurisdiction over immigration, an employment-based immigrant applicant with a “priority date that is more than 2 years before” can adjust to permanent residence without numerical limits by paying a “supplemental fee of $5,000.”

The fee is $50,000 for the EB-5 category (immigrant investors). The provisions expire in 2031, the Forbes magazine reported.

For a family-based immigrant who is sponsored by a US citizen and with a “priority date that is more than 2 years before”, the fee for getting a Green Card would be $2,500.

The supplement fee would be $1,500 if an applicant's priority date is not within two years but they are required to be present in the country, according to the committee print. This fee would be in addition to any administrative processing fee paid by the applicant.

However, the bill does not contain permanent structural changes to the legal immigration system, including eliminating country caps for green cards or increasing the annual quotas of H-1B visas.

Before becoming law, the provisions would have to pass the Judiciary Committee, the House of Representatives and the Senate and be signed by the president, the report said.

According to a report in CBSNews, if successful, the legalisation plan would allow undocumented immigrants who came to the US as children, Temporary Protected Status (TPS) beneficiaries, farmworkers and other pandemic-era essential workers to apply for permanent US residency, or green cards.

Reacting to the bill, David J Bier, Immigration policy analyst at Cato Institute, said, "employment-based applicants can adjust if they have waited 2 years from their priority date... this is almost like abolishing the EB caps for adjustment applicants who can pay $5K. Awesome!"

"For EB5, it’s $50K fee. Even those who can’t afford the fees or who are abroad would benefit from freeing up this cap space for others. It’s unfair that the bill maintains the country caps as is, so Indians and Chinese will be the only EB applicants required to pay the $5K/50K," he said in a series of tweets.

He said that the base caps for diversity, family, and #H1B all remain the same.

"Since H1B is the feeder for most EB, that’s basically like keeping the EB cap the same. No reforms to #H2A, #H2B, or other work programs, so nothing to help unskilled workers/address the border," he said.

"Basically, this bill will help a few legal immigrants abroad indirectly, but the main purpose is integration of existing immigrants. That’s a noble cause, but the immigration/migration part of immigration reform is just left out. No new pathways for workers, same system," he tweeted.

US Congressmen, including Indian-American Raja Krishnamoorthi had last month urged their Congressional colleagues to support their move to employment-based Green Card backlog as part of budget reconciliation.

A group of 40 US lawmakers, led by Krishnamoorthi, had written to Speaker of House Nancy Pelosi and Senate Majority Leader Chuck Schumer, saying the budget reconciliation package provides relief to these individuals stuck in the employment-based Green Card backlog, thereby strengthening the economy in the process.

They argued that under current law, the American economy is unable to access the full international talent pool of high-skilled workers already present and working in the United States today – indeed, the very scientists, inventors, health care workers, entrepreneurs, and other professionals that give the US its edge over its global competitors today.

“This is because there is effectively a Green Card ban on high-skilled immigrants from India, China, and other countries with large populations of workers eager to remain in America and power forward our economy and social safety net programs for generations to come,” they said.

This arbitrary cap is keeping some of the world’s most talented individuals from permanently calling America home, encouraging them to take their inventions, expertise, and creativity to other countries instead.

Most workers in the employment-based Green Card backlog are already in the United States on temporary nonimmigrant visas, such as the H-1B visa for workers in specialty occupations, that are renewable but greatly restrict beneficiaries from reaching their full potential.

Right now, no more than seven per cent of employment-based green cards are available to individuals from a single country, which has created a decades-long backlog for would-be immigrants from India and China.

“Indian nationals face a particularly daunting backlog of 80 years, and an anticipated 200,000 will die before achieving lawful permanent resident status,” the lawmakers said.

H-1B holders are unable to change jobs or start their own businesses -- despite the fact that they have been shown to boost overall productivity, wages, and new patents, they said.

The temporary nature of the H-1B visa forces beneficiaries to live in a constant state of uncertainty, preventing them from becoming entrepreneurs, buying homes, employing more Americans, or otherwise fully establishing themselves as permanent fixtures within the American economy.