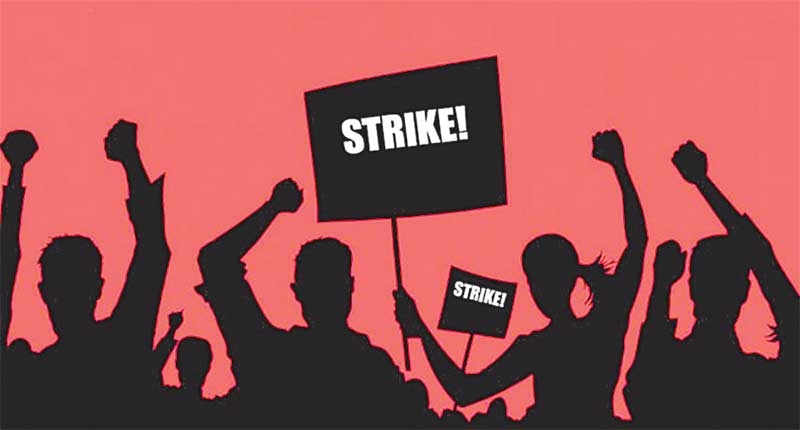 Frankfurt: Almost 640 flights were cancelled in Germany today as security staff went on strike at three airports, meaning disruption for around 100,000 passengers.

The number of flights blocked was more than half the 1,050 planned for Duesseldorf, Cologne-Bonn and Stuttgart. Duesseldorf the country’s third-largest airport said in a statement that 370 of Thursday’s 580 planned departures had to be cancelled.

News agency DPA reported that the walkout, stated to last from 3:00 am (0200 GMT) to midnight (1100 GMT), was expected to affect around 100,000 travellers. At Cologne-Bonn, where 131 of almost 200 flights were cancelled, union Verdi told DPA the security strike was also slowing freight handling.

Representing 23,000 airport security staff across Germany, Verdi is demanding a pay increase to 20 euros (USD 23.08) per hour from the present rate of 17 euros, or almost 18 per cent.

Employers’ association BDLS meanwhile is offering increases of between two and eight per cent.

Passengers’ first taste of the pay dispute came on Monday, when Berlin’s two airports Tegel and Schoenefeld suffered “warning strikes” with around 50 departures cancelled. The next round of Verdi and BDLS negotiations will take place on January 23.