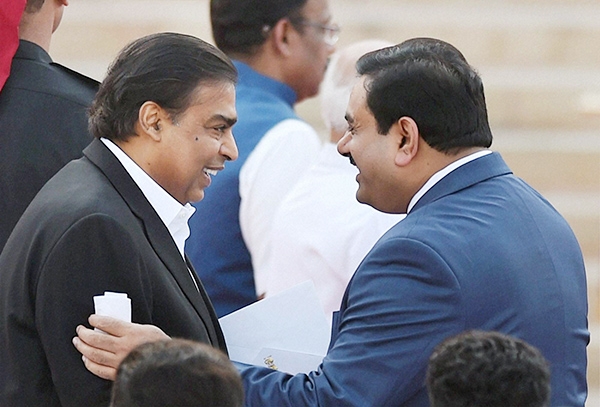 Adani has become the richest based on group market capitalisation.

According to a report in Economic Times, after the recent scrapping of O2C deal, the shares of Reliance Industries stayed under pressure and were quoting 1.07 per cent lower at Rs 2,360.70 while the Adani group stocks were trading higher.

Ambani's total wealth stood at $91 billion while Adani's net worth was at $88.8 billion, just 2.4 percent lower, according to Bloomberg Billionaires Index on Tuesday (November 23).