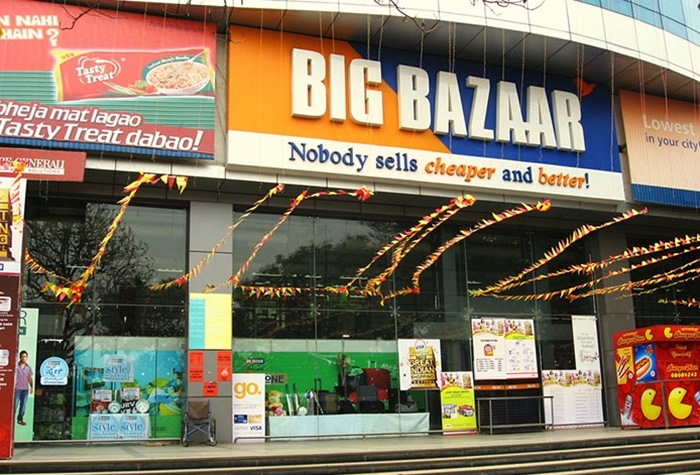 In August last year, Reliance Retail Ventures Ltd (RRVL) had said it will acquire the retail and wholesale business, and the logistics and warehousing business of Future Group for Rs 24,713 crore./ Representational image |

The National Company Law Tribunal (NCLT) on Tuesday allowed Kishore Biyani-led Future Group firms to hold meetings of its shareholders and creditors to seek approval for the sale of assets to Reliance Retail Ltd.

Emails sent to Amazon and Future did not elicit any response.

Amazon had filed an application objecting to NCLT considering the scheme pending completion of its arbitration proceedings against Future Retail.

The NCLT dismissed Amazon's application on the ground that it was premature, the sources said.

The NCLT also pointed out that the Supreme Court had only restrained it from pronouncing the final order approving the scheme, according to the sources.

Now, it will be open for Future Group to obtain all preparatory approvals from shareholders and creditors. Future Group may be able to save at least 6-9 months time for the implementation of the scheme in the scenario of it winning the arbitration, the sources added.

The scheme of arrangement between Future and Reliance Retail entails the consolidation of Future Group's retail, wholesale, logistics and warehousing assets into one entity -- Future Enterprises Ltd -- and then transferring it to Reliance Retail.

In August last year, Reliance Retail Ventures Ltd (RRVL) had said it will acquire the retail and wholesale business, and the logistics and warehousing business of Future Group for Rs 24,713 crore.

The deal has been contested by Amazon, an investor in Future Coupons that in turn is a shareholder in Future Retail Ltd.

In August 2019, Amazon had agreed to purchase 49 per cent of one of Future''s unlisted firm, Future Coupons Ltd (which owns 7.3 per cent equity in BSE-listed Future Retail through convertible warrants), with the right to buy into the flagship Future Retail after a period of 3 to 10 years.

After Future''s deal with RRVL, Amazon had dragged Future into arbitration at the Singapore International Arbitration Centre (SIAC).

In October, an interim award was passed by the Emergency Arbitrator (EA) in favour of the US-e-commerce major that barred Future Retail from taking any step to dispose of or encumber its assets or issuing any securities to secure any funding from a restricted party.

Amazon and Future have also filed litigations in Indian courts, including the Supreme Court, on the issue. The apex court had recently ruled in favour of Amazon by holding that the EA award was valid and enforceable under Indian laws.

Notably, the Kishore Biyani-led Future Retail Ltd, on August 28, said it has approached the Supreme Court against an order passed by the Delhi High Court to maintain status quo in relation to the deal and directing it to enforce the order of the Singapore-based Emergency Arbitrator.