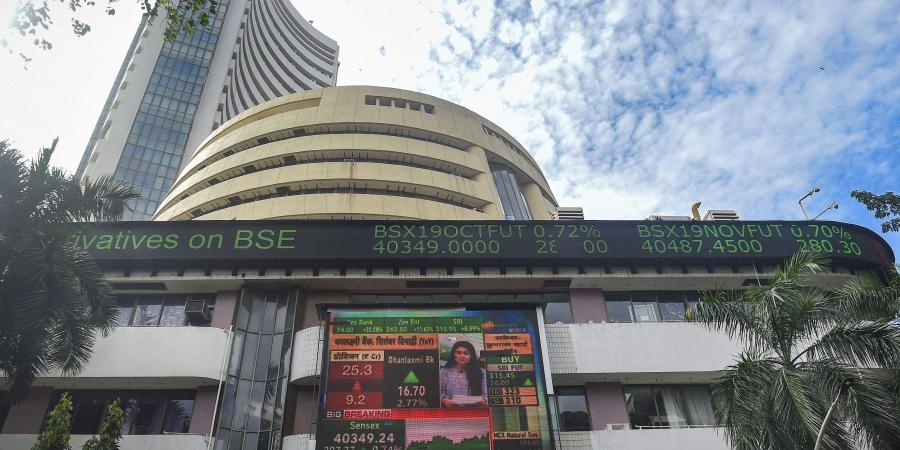 The benchmark indices ended the day’s session on a negative note after a weak start of European markets, with Sensex and Nifty falling above 600 and 150 points, respectively. The broader indices, the BSE Mid cap index and Small cap index were also trading down. The domestic market continued to witness selling as energy and private bank stocks remained under pressure following dull global sentiments.

Gaurav Udani, CEO & Founder, ThincRedBlu Securities, said, "Nifty made another bearish bar today. It has entered into a short term bear trend. Any closing below 17,600 , can take Nifty to 17,450 and 17,300 levels. Any form of new longs should be avoided in the current markets. Nifty has resistance in 19,850-18,000 range. Any pull back in Nifty towards its resistance can be used to book profits by traders."

Sachin Gupta, AVP, Research, Choice Broking, said, "On the technical chart, the nifty index has taken immediate support of prior swing lows and lower Bollinger Band formation. The nifty has also tested support at 50-Days SMA and closed above it. However, important key indicators like RSI, Stochastic & MACD have witnessed some weakness. At present, the Index has immediate support at 17,650 levels while resistance comes at 17,900 levels."

Mohit Nigam, Head - PMS, Hem Securities, said, "Sharp decline in global markets dragged the markets lower as European markets opened weak even as the ECB decided to keep policy rates unchanged despite the inflationary pressure and US futures are trading in red following slow GDP growth and disappointing earnings from tech giants. India VIX eased 2.74 per cent. In the 50-share pack Nifty, Ultratech Cement was the biggest gainer, up 2.54 per cent. Dr Reddy Labs, Shree Cements and Maruti Suzuki were among other gainers. Tech Mahindra was the top loser in the pack, down 3.62 per cent. NTPC, Kotak Bank and Indusind Bank were other losers in the pack."

Nagaraj Shetti, Technical Research Analyst, HDFC Securities, said, "The underlying trend of Nifty from smaller to larger timeframe seems to have reversed down. Having reached near the immediate support of 20week EMA around 17,560-17,600 levels, there is a possibility of minor upside bounce from the lower levels by next week, which could be a sell on rise opportunity. The expected downside target for the Nifty could be around 17,000 levels, which could be reached in the next few weeks," he said.

"Following back to back correction, benchmark Nifty has formed a long bearish candle which clearly suggests continuation of weakness in the near future. We are of the view that the short term trend remains weak due to the oversold situation in the market. The weekly trading set up suggests 17,800 would be the immediate hurdle for Nifty. If it succeeds to trade above the same, we can expect a pullback rally up to 17,920-18,000-18,070. On the flip side, below 17,800, the correction wave may continue up to 17600-17500-17420 levels. Meanwhile, the Bank Nifty is trading near the 20 day SMA, and on daily charts it has maintained strong formation. The key support levels for Bank Nifty are placed at 38,400 and 38,000, while the structure suggests further upside if it succeeds to trade above 38,400."