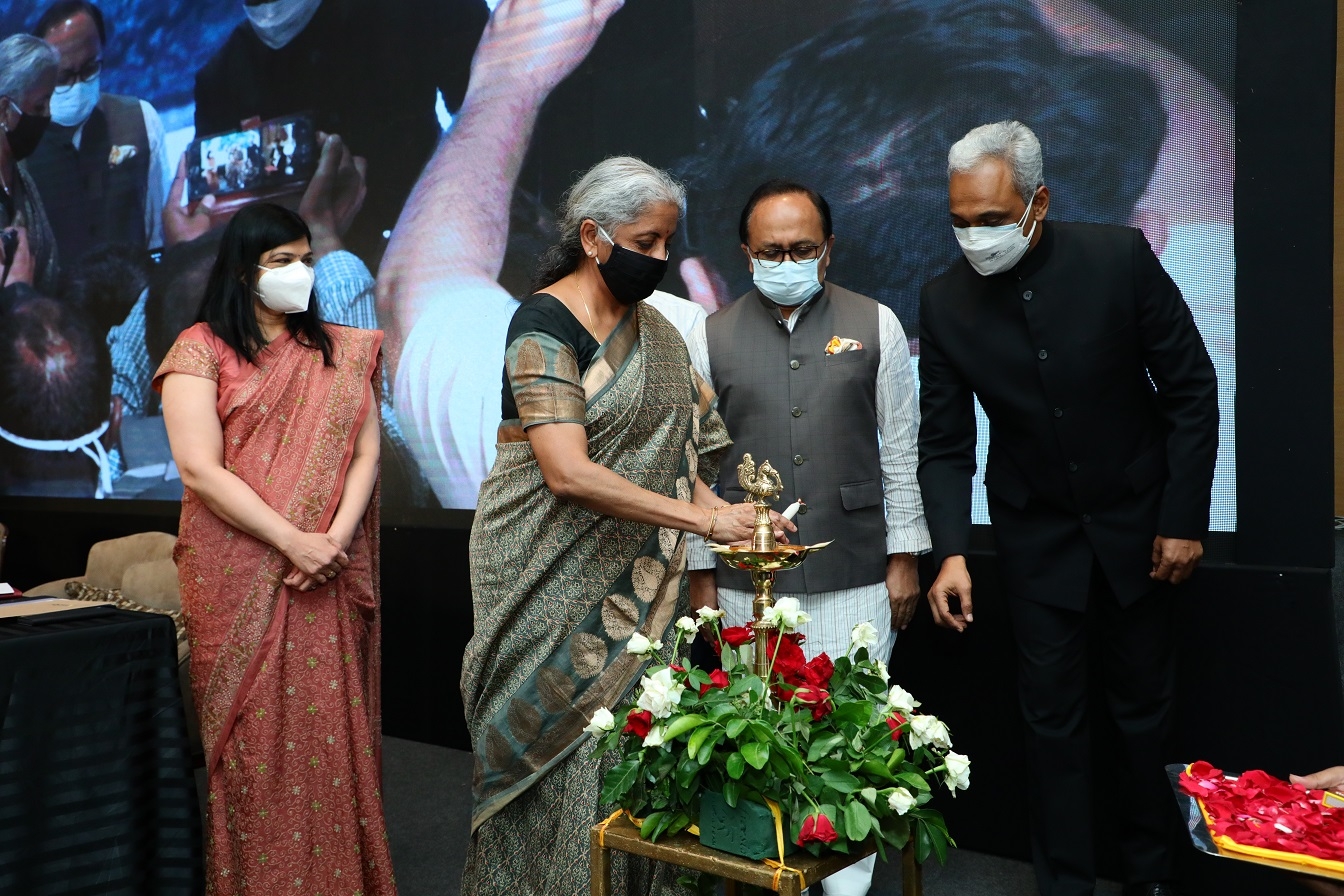 Union Finance Minister Nirmala Sitharaman on Saturday said the micro, small and medium enterprises (MSMEs) are the backbone of the economy, and the Narendra Modi government has given the sector its rightful place.

Addressing the launch of the ''Ubharte Sitaare Fund'' here, Sitharaman said, "The government of Prime Minister Narendra Modi has given a proper identity to MSME. The place, which it had not got in decades, is being given to it, and it will be improved."

"In the last two years, the Centre has done a number of different things. The government has changed the definition of MSME in a very flexible manner. Recently, a bill was tabled in the Parliament through which the MSME sector will directly benefit," she added.

Sitharaman further said MSME businessmen will not have to undertake an audit for submission of their accounts. "The government has faith in them, and they can self-attest their accounts and certify them," she said.

Speaking about the geographical indication (GI) tags for specialised products, she said while they are scattered across the country, in Uttar Pradesh, Banaras and its immediate surroundings alone boast of eight GIs.

Sitharaman urged the state's MSME Minister Sidharth Nath Singh to establish an MSME chamber in every district, and hold awareness programmes about the ''Ubharte Sitaare Fund'' so that entrepreneurs working under the One District, One Product (ODOP) scheme can know about its benefits.

Uttar Pradesh has the highest number of MSMEs and has effectively implemented the One District One Product programme, which provides the ideal ecosystem for success of an initiative like the Ubharte Sitaare Fund.

The fund will go a long way in making India a major exporting hub, she said.

Meanwhile, a tweet by Sitharaman''s office said MSMEs have been at the forefront of the Modi government''s economic policy through policies like change in definition of MSMEs to ensure adequate flexibility, effective implementation of ECLGS and Factoring Bill increasing the number of designated NBFCs to 9,000.

The ''Ubharte Sitaare Fund'' has been set up by Exim Bank and SIDBI.

The fund is expected to identify Indian enterprises with potential advantages by way of technology, products or processes along with export potential, but which are currently underperforming or unable to tap their latent potential to grow.

Harsha Bangari, Deputy Managing Director, India Exim Bank, said the bank has developed a robust pipeline of over 100 potential proposals and supported several companies across a diverse range of sectors.

In her Budget speech last year, Sitharaman had mentioned that MSMEs are vital to keep the wheels of economy moving. They also create jobs, innovate and are risk takers.

Accordingly, India Exim Bank's Ubharte Sitaare Programme (USP) identifies Indian companies that have the potential to be future champions in the domestic arena while catering to global demands.

The fund is a mix of structured support, both financial and advisory services through investments in equity or equity like instruments, debt (funded and non-funded) and technical assistance (advisory services, grants and soft loans) to the Indian companies.

Exim Bank and SIDBI have developed a pipeline of over 100 potential companies, including those in Uttar Pradesh, across various sectors such as pharma, auto components, engineering solutions, agriculture, and software.

Later speaking to reporters, the finance minister, when asked about the steps taken to reduce the impact of COVID-19, said, "Not only have we kept this in mind in the Budget, but have also taken steps from time to time to give relief to the economy. The effect of this is visible now. Industries have benefited from different credit schemes."

On unemployment and giving relief to the jobless, she said, "Small jobs have been made available. The budget of MNREGS has been increased from Rs 66,000 crore to Rs 1 lakh crore. ODOP is a step in the right direction."

On rising prices of petrol and diesel, Sitharaman said, "I had said earlier that this is not in our hands alone. From the price of crude oil to central and state taxes contribute to the prices of fuel."

"The state taxes increase whenever the prices of petrol and diesel go up. In other words, there is a burden on the public. We are keeping a watch on this," she added