Fitch says BPCL privatisation may get delayed for multiple reasons 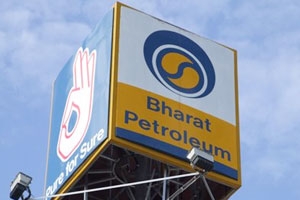 Affirming BPCL's rating at 'BBB-' with a negative outlook, Fitch said it continues to treat the potential divestment of the company by the Indian government as an event risk.

"Bidders are conducting due diligence, but uncertainty over the bidder consortiums and process complexity, including valuation, may lead to potential delays.

"We believe the risks of further COVID-19 waves and global oil and gas companies' increased focus on energy transition lead to additional uncertainty over the timing and valuation of potentially large acquisitions in the sector," it said.

The rating agency said it will review the ratings once significant progress is achieved.

The government is selling its entire 52.98 per cent stake in BPCL for which three expressions of interest (EoIs) including one from billionaire Anil Agarwal-led Vedanta Group have been received.

Financial bids are yet to be called.

Fitch expected BPCL's marketing sales to improve to 43 million tonnes (MT) in FY22 from 41 MT in FY21, still 6 per cent below the FY20 level.

"This reflects the impact on India's petroleum product demand from the pandemic's second wave in 1QFY22 and the risks of further waves.

"We expect the demand fall in FY22 to be less severe than FY21 as business and societal behaviour has adjusted, supporting activity, and the vaccination programme may prevent a severe recurrence in infections," it said.

"We expect the OMCs, including BPCL, to maintain steady base marketing margins (MM) in FY22, including price increases to recoup capex on making their refineries compliant with new emission norms. However, MM will be below the record highs of FY21 when the decline in oil prices was not fully passed through to consumers," it said.

MMs may be under pressure if crude oil prices continue to rise and profitability may be strained if it coincides with a weaker refining environment.

Fitch assessed BPCL's status, ownership and control by the sovereign as 'Strong'.

The state directly owns 52.98 per cent of the company and appoints its board.

"We regard the record of state support for BPCL as 'Strong'," it said.

"BPCL has received tangible support from the state through parliament-approved subsidies to meet under-recoveries on products sold below market prices. It has also received indirect government support for its overseas upstream acquisitions."

Fitch assessed the socio-political implications of a default by BPCL as 'Very Strong'.

"A default would disrupt economic activity and significantly affect India's energy security as BPCL is a leading oil refiner and oil-marketing company (OMC) in the country, and has a key role in importing crude oil to meet a large share of India's energy needs," it said.