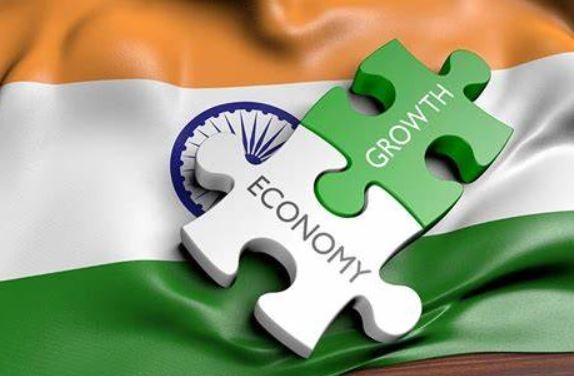 Fitch Ratings on Tuesday said the risks to India's medium-term growth outlook are narrowing with rapid economic recovery from the pandemic and easing financial sector pressures as it kept the sovereign rating unchanged at 'BBB-' -- the lowest investment grade rating-- with a negative outlook.

The rating balances a still-strong medium-term growth outlook and external resilience from solid foreign-reserve buffers, against high public debt, a weak financial sector and some lagging structural issues, it said. ''We forecast robust GDP growth of 8.7 per cent in the fiscal year ending March 2022 (FY22) and 10 per cent in FY23 (ending March 2023), supported by the resilience of India's economy, which has facilitated a swift cyclical recovery from the Delta COVID-19 variant wave in 2Q21,'' Fitch said while affirming India at 'BBB-'; with a negative outlook.

''The government's production-linked incentive scheme to boost foreign direct investment, labour reform and the creation of a 'bad bank', along with an infrastructure investment drive and the National Monetisation Pipeline, should support the growth outlook if fully implemented. Nevertheless, there are challenges to this outlook, given the uneven nature of the economic recovery and reform implementation risks,'' Fitch said.

Fitch had in June last year revised outlook for India to 'negative' from 'stable' on grounds that the coronavirus pandemic had significantly weakened the country's growth outlook and exposed the challenges associated with a high public-debt burden.

India enjoyed 'BBB-' rating since upgrade in August 2006 but the outlook has oscillated between stable and negative.

''The country's rapid economic recovery from the COVID-19 pandemic and easing financial sector pressures are narrowing risks to the medium-term growth outlook,'' Fitch said in a statement.

Last month another global rating agency Moody's Investors Service had affirmed India's sovereign rating and upgraded the country's outlook to 'stable', from 'negative' citing receding downside risks to economy and financial system. It forecast a 9.3 per cent growth in current fiscal, followed by 7.9 per cent in the next financial year.

Fitch said mobility indicators have returned to pre-pandemic levels and high-frequency indicators point to strength in the manufacturing sector.

''The potential remains for a resurgence in coronavirus cases, though we anticipate the economic impact of further outbreaks would be less pronounced than previous surges, particularly given the sustained improvement in the COVID-19 vaccination rate, which has now surpassed 1 billion doses administered,'' it said.

It said India's strong medium-term growth outlook relative to peers is a key supporting factor for the rating and an important driver of Fitch's current baseline of a modestly declining public debt trajectory.

''We believe immediate financial-sector pressure has eased, in part due to regulatory forbearance measures that are providing banks with time to rebuild capital buffers. The level of asset quality deterioration from the pandemic, while masked by forbearance relief, also appears less severe than we had anticipated,'' Fitch said.

The recently incorporated National Asset Reconstruction Company (bad bank) could help banks address our expected build-up of impaired loans, while sustaining adequate credit growth, though more details are needed to fully assess its potential. ''Still, we expect credit growth to remain constrained, averaging at 6.7 per cent Y-o-Y over the next several years, unless adequate recapitalisation can mitigate the risk aversion currently seen among banks,'' it said.

Stating that fiscal metrics are also showing signs of improvement, Fitch forecast the general government deficit to narrow to 10.6 per cent of GDP in FY22, from 13.6 per cent in FY21.

This is consistent with an FY22 central government deficit of 6.9 per cent of GDP, excluding divestment receipts. Strong revenue growth, particularly from goods and services tax collections, is facilitating the government to stay within its budget parameters, despite modest additional spending pressure from the second pandemic wave, it said.

Fitch said higher debt levels constrain the government's ability to respond to shocks and could lead to a crowding out of financing for the private sector. India's general government debt rose to 89.6 per cent of GDP in FY21. ''We forecast the ratio to decline slightly to 89 per cent, still well above the 60.3% 'BBB' median in 2021.

The debt ratio should fall to 86.9 per cent by FY26 (ending March 2026) under our medium-term baseline forecasts.'' Fitch believes risks are tilted towards higher inflation, given persistent core inflation, increasing energy prices, and rising inflation expectations.

Indian economy contracted 7.3 per cent in the last financial year after a 4 per cent growth in 2019-20. In the April-June quarter of the current fiscal, the economy grew 20.1 per cent. Besides, the first four months of FY 2021-22 have witnessed foreign direct investment (FDI) of $64 billion.