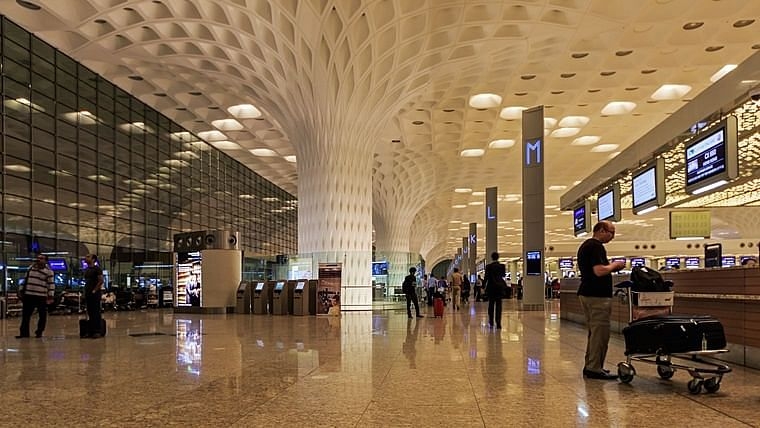 The growth in domestic passenger traffic, on a sequential basis, was nearly 24-25 per cent higher compared to 71 lakh, as per ICRA. | File Photo

Domestic air passenger traffic grew by a whopping 67 per cent year-on-year at around 87-88 lakh in October, on the back of festive season demand amid continuous fall in the number of COVID-19 infection cases, says an ICRA report.

Domestic passenger volume in October 2020 was at 52.71 lakh. The growth in domestic passenger traffic, on a sequential basis, was nearly 24-25 per cent higher compared to 71 lakh, as per ICRA.

Moreover, domestic carriers operated 46 per cent more flights at 72,000 during the month under review over 49,150 departures logged in October 2020, ICRA said, adding, on a sequential basis, the number of departures in October 2021 were higher by around 18 per cent, as COVID-19 infections demonstrated a downward trajectory.

However, higher aviation turbine fuel (ATF) prices continue to pose a near-term challenge with price seeing a sequential increase of 13.9 per cent in November 2021, it stated.

''Though the recovery continued in October, demand continues to be subdued from the corporate traveller segment as reflected by passenger traffic being lower by around 28 per cent in October 2021, compared to pre-COVID levels,'' Banerjee said.

The government allowed the airlines to operate at 100 per cent capacity from October 18, which is a step in the right direction, given the onset of the festive season, ICRA said.

The Civil Aviation Ministry had reduced the permissible capacity deployment to 50 per cent of pre-COVID levels, with effect from June 1, 2021 due to the resurgence of the second wave of the pandemic, which has now been restored back to 100 per cent in subsequent phases over the months.

According to ICRA, one major concern that continues to worry the aviation sector is the ATF prices, which have seen a sharp increase of 94.4 per cent on a year-on-year (Y-o-Y) basis till November 2021, mainly on account of increase in crude oil prices.

This, coupled with relatively low capacity utilisation of aircraft fleet, will continue to weigh on financial performance of Indian carriers in FY2022, ICRA said, noting that the credit profile of most Indian carriers continues to be characterised by a weak liquidity position.