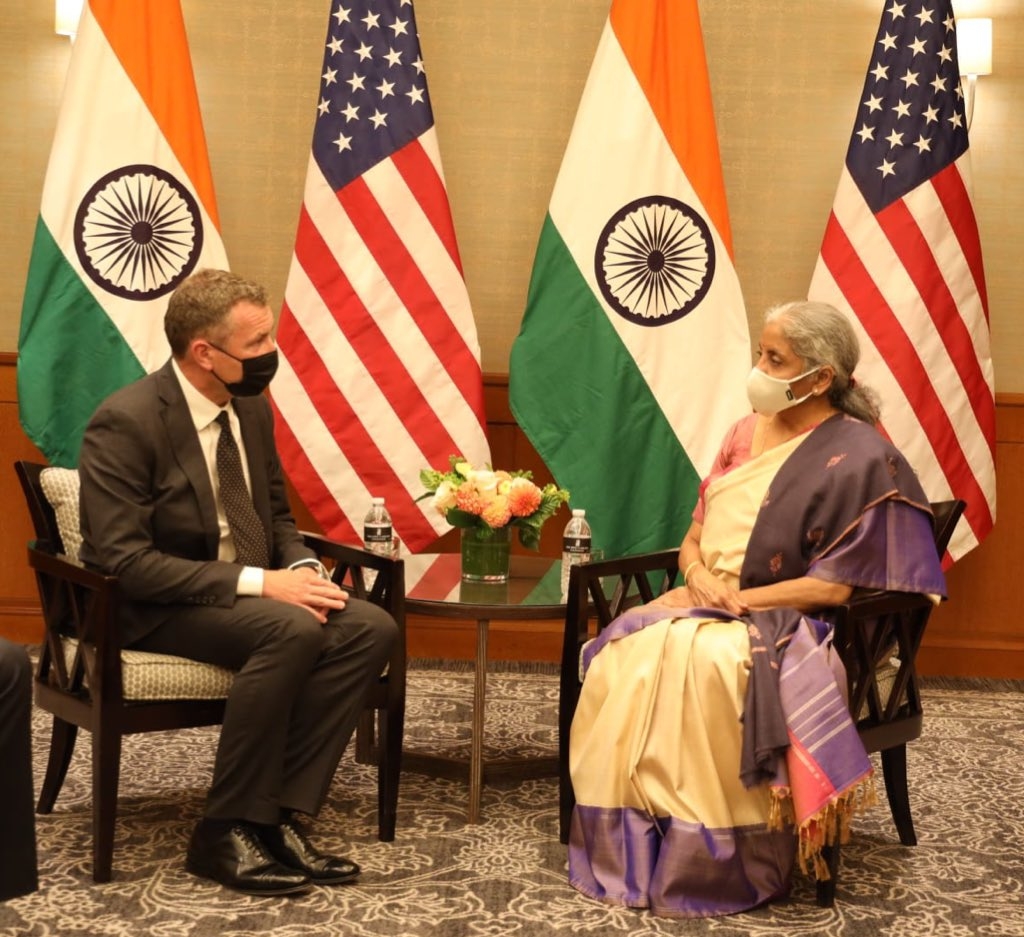 Peter Lavoy, Senior Director, Asia Pacific, International Government Relations at ExxonMobil said the firm is looking forward to work with India to find cleaner sources of energy. This is being done to help meet the objective of making the country energy independent by 2047, a target set by Prime Minister Narendra Modi, a top company official said after his meeting with Finance Minister Nirmala Sitharaman here on Monday.

Sitharaman is in the US for a week-long trip to attend the annual meet of the World Bank and IMF in Washington as well as G20 Finance Ministers and Central Bank Governors (FMCBG) meeting.

“The whole world is going through an energy transition now. It has to get cleaner sources of energy because you have to mitigate the problems of climate change,” Lavoy said.

Lavoy said that India is experiencing another energy transition and has to still get affordable, accessible, secure energy in the hands of its population that may sometimes not have electricity.

“So it has that energy transition as well as the energy transition of getting cleaner sources of energy. I think the Prime Minister's objective, the target he set at the Independence Day speech of making India energy independent by 2047,” on the country’s 100th birthday, “is exactly the right target for energy security. And companies like Exxon Mobil are looking forward to working with India to find cleaner sources of energy to help meet that objective,” he said.

The Finance Ministry in a tweet said that John Ardill, Senior Vice President of ExxonMobil, in his meeting with Sitharaman, informed her that ExxonMobil “is keen on playing an active role in raising share of Natural Gas in overall energy mix of India and is very excited about Prime Minister’s vision of energy independence for India.”

Ardill also “mentioned that reforms in India have been great for investment purposes and also looking forward to contributing towards decarbonising the energy system as well as use of Hydrogen as a substitute,” the Finance Ministry said in a tweet.

In his Independence Day address, Prime Minister Modi had said that India can achieve self-reliance in energy through a mix of a gas-based economy, doping sugarcane extracted ethanol in petrol and electric mobility.

The roadmap for that is to increase usage of natural gas in the economy, setting up a network for supply of CNG and piped natural gas across the country, blending 20 per cent ethanol in petrol and electric mobility. The country has achieved the target of 100 gigawatts of renewable energy capacity ahead of the target, Modi had said.