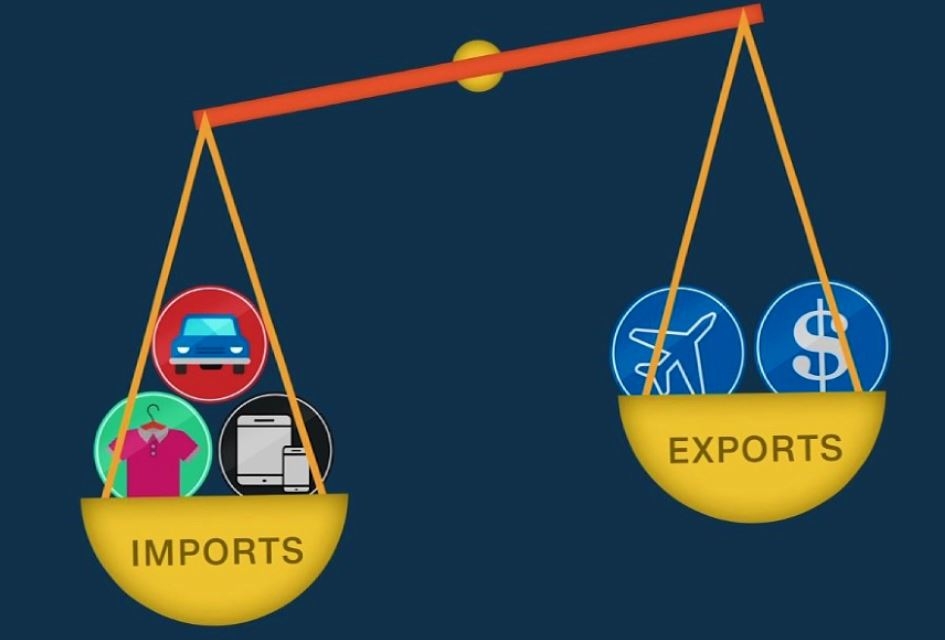 Imports in December too rose by 38 per cent to $59.27 billion on account of an increase in oil imports, which soared 65.17 per cent to $15.9 billion, government data showed on Monday./ Representative image |

India's exports in December 2021 surged 37 per cent on an annual basis to $37.29 billion, the highest-ever monthly figure, on the back of healthy performance by sectors like engineering, textiles and chemicals, even as the trade deficit widened to $21.99 billion.

Imports in December too rose by 38 per cent to $59.27 billion on account of an increase in oil imports, which soared 65.17 per cent to $15.9 billion, government data showed on Monday.

''With $300 billion in the first nine months of 2021-22 we are on track to achieve our target...This growth is satisfying and we must aspire for more,'' Goyal said.

He added that the third wave of COVID-19 is impacting developed economies like the US, Europe and the Middle East, and problems related to shipping lines can be expected.

''We don't immediately see any supply disruptions or in the supply chains because by and large the world has seen that the effects of this wave are relatively less harmful and the western world has not restricted any movements as yet.

''We've also not seen instances of lockdowns being announced in any major country,'' Goyal said, adding that the only problem could be temporary in the form of some shipping staff getting infected with COVID-19, causing short-term disruptions.

''Most cases are asymptomatic and recover very quickly. Hopefully supply lines and supply activity will continue in full steam,” he said.

Commenting on the numbers, Federation of Indian Export Organisations (FIEO) President A Sakthivel said looking at the current trend, India will achieve the $400 billion merchandise exports target for the fiscal.

Goyal also said the country is well on track to go up to $230 billion or upwards in services exports this fiscal, which will also be an all-time high.

''We have seen a $179 billion services exports in first nine months,” he said.

He also said exports from Uttar Pradesh are expected at Rs 2 lakh crore this fiscal, up 60 per cent from Rs 1.23 lakh crore last year.