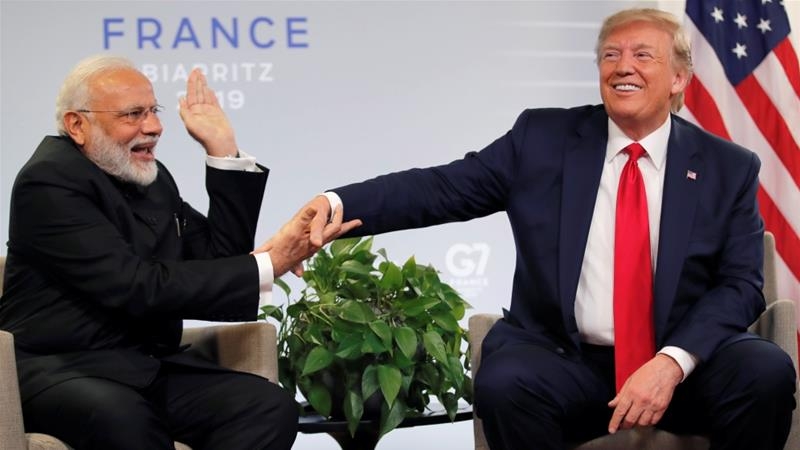 US President Donald Trump, who paid a mere USD 750 as taxes in the United States, shelled out around USD 1.45 lakh (Rs 1.06 crore) as taxes in India, as per New York Times report. This tax was paid after he earned USD 2.3 million from India through licensing deals.

The report revealed that in his first two years in the White House, Trump's revenue from abroad totalled USD 73 million. This is even though Trump has said that he would not pursue any new foreign deals as president. Much of his revenue from overseas comes from his golf properties in Scotland and Ireland. Some of the revenue came from licensing deals in countries like the Philippines (USD 3 million), India (USD 2.3 million) and Turkey (USD 1 million).

The New York Times reported, “He reported paying taxes, in turn, on a number of his overseas ventures. In 2017, the president’s USD 750 contribution to the operations of the U.S. government was dwarfed by the $15,598 he or his companies paid in Panama, the USD 145,400 in India and the USD 156,824 in the Philippines.”

In 2014, Trump visited India to inaugurate the company’s first project, the ‘Lodha Trump Tower’ in upscale Mumbai. His son, Trump Junior, who runs his real estate business, is now involved in real estate projects in India that are based in Mumbai, Pune, Gurugram and Kolkata.

Trump’s signature range of real estate property, under the name Trump Towers, is present in India — is there in Mumbai and Delhi-NCR. These projects are with local partners. The one in Mumbai is with Lodha Developers and Delhi one with M3M and Tribeca Developers.