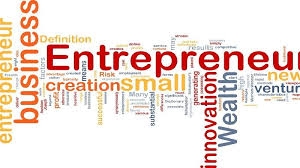 The study shows an encouraging trend among first-generation young entrepreneurs to bring innovative and differentiated products and services to the market./Representative pic |

The impact of the ongoing COVID-19 pandemic on youth entrepreneurship ecosystem in India is palpable, with only 47 per cent of respondents confident of sustaining beyond six months if the situation persists, while another 25 per cent hope to sustain between one to six months, according to a recent study.

Conducted by UNDP India in association with Atal Innovation Mission, under the NITI Aayog to discover the recent trends in the sector through the lens of the COVID-19 pandemic, it explored the status of some of the socio-economically disadvantaged groups and analysed the accessibility of financial support for young entrepreneurs and their major constraints, importance of digitalisation, as well as identifying the gaps.

The primary data for the study was collected by an online survey targeting 1,007 young entrepreneurs, of which 73 per cent were men, 27 per cent women and 0.3 per cent identify as trans, non-binary and others. As much as 77 per cent of the respondents come from urban locations, 12 per cent from semi-urban and 11 per cent are from rural areas. The top three sectors from where responses were received are education, IT/digital/AI and health.

The study shows an encouraging trend among first-generation young entrepreneurs to bring innovative and differentiated products and services to the market. A significant part (46 per cent) of the respondents were in the first stage of their entrepreneurship journey, and while 56 per cent took entrepreneurship to solve problems, for another 45 per cent, it was to address a market gap by innovating through product and services offered.

The study found the entrepreneurship ecosystem concentrated more in urban India, only 11 per cent of the respondents are based in rural locations and of which 55 per cent are facing extreme difficulty in starting their enterprise.

UNDP's Head, Inclusive Growth, Amit Kumar, said: "The COVID19 crisis has affected the youth entrepreneurial ecosystem adversely just as every other aspects of our life. This report is an attempt to understand the impact of COVID-19 on youth-led social entrepreneurship."

The top six areas where respondents felt they could make a social impact and address the 2030 Agenda for Sustainable Development are education and skill development (51 per cent), poverty alleviation (42 per cent), decent work and economic growth (22 per cent), healthcare (20 per cent), industry, innovation, and infrastructure (17 per cent), and climate action (17 per cent).

However, the study featured a positive outlook among the entrepreneurial community with nearly 60 per cent of the surveyed entrepreneurs optimistic about their businesses recovering in the aftermath of the pandemic. A notable 56 per cent of the respondents expect stable annual revenues in the next three years.

"Nearly 67 per cent of entrepreneurial ventures surveyed are bootstrapped with the entrepreneur scaling the business either with their own funds or borrowed," finds the study.

"While there has been rapid and impressive digitalisation in India, a huge gap between urban and rural areas persists along with a widening gender digital gap. Only 43 per cent of the entrepreneurs in rural areas reported significant/extensive reliance on technology against 63 per cent of the entrepreneurs in urban areas denoting the digital divide," it said.

"While the government has extended support to the ecosystem in the form of various schemes aimed at boosting the investment and overall sentiment, nearly 52 per cent of the entrepreneurs believe that starting an enterprise in India is arduous," says the study.