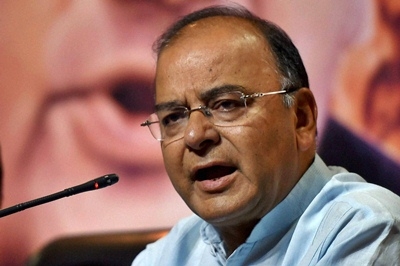 Mumbai: Pitching for steps to strengthen ‘real economy’ of India, Finance Minister Arun Jaitley today said he is confident of maintaining fiscal deficit at 3.9 per cent in the current financial year. Jaitley also said that inflation was under control and he is keen to better the country’s GDP growth rate from 7.3 per cent in the last fiscal.

Speaking at an event here, the Finance Minister said, “Euphoria surrounding India can be strengthened if we continue on reform path… Once the real economy strengthens, there will be exciting developments in corporate world and markets”. He said that integration with global markets can also affect the Indian markets, “but our goal as policymakers is to concentrate on the real sector”.

“Our ability to withstand changes is much stronger,” he said, while adding that the private sector investments would take some time to revive as it had overexposed and built excess capacities. “We need to have serious investment in irrigation,” he added.

Talking about macroeconomic parameters, Jaitley said he was confident of maintaining 3.9 per cent fiscal deficit in the current year 2015-16 and “extremely keen to better the 7.3 per cent growth of fiscal year 2014-15”. He said untangling tax issues of past was a big challenge but many of them have been resolved and hoped that “the obstructionists stopping GST will see some sense”.