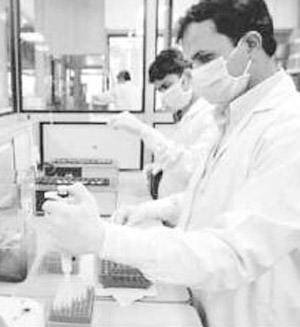 Currently, India permits 100% FDI in new and existing pharma companies but the ministry believes that amendment to the current policy will strengthen domestic firms and secure accessibility and affordability of medicines

New Delhi : The Ministry of Commerce and Industry has proposed tighter overseas investment norms in existing drug companies by limiting all forms of foreign participation in them, including FII and FDI, at 49 per cent.

Sources told PTI that the proposal is aimed at clarifying the level of overseas investment in the sensitive sector. It was earlier felt that foreign institutional investment (FII) could be over and above the FDI limit of 49%.
“The proposal now says that the cap would be 49 per cent (FDI + FII) in existing firms. The cabinet yesterday postponed the matter. It is expected to take it up soon,” they added.
Currently, India permits 100 per cent foreign direct investment (FDI) in new pharma companies through the automatic approval route. The same level is allowed for overseas investment in existing pharmaceutical companies, with approval from the Foreign Investment Promotion Board (FIPB).
The Department of Industrial Policy and Promotion (DIPP), a wing of the commerce ministry, had proposed reducing the FDI cap in “rare or critical pharma verticals” to 49 per cent from 100 per cent.
Unabated takeovers of Indian pharma companies and facilities by multi-national corporations between 2006 and 2011 necessitated a review of the FDI policy in the brownfield pharma sector. From November 2011 to July 2013, as many as 74 pharma sector proposals were approved by the FIPB.
“The takeovers have severely affected the entire sector, including manufacturing, marketing of oral formulations, injectables, specialised oncology verticals, vaccines, consumables and devices,” another source said.
Over 95 per cent of FDI in the pharma sector between April 2012 and June 2013 was in brownfield or existing projects. India received USD 2 billion of FDI in the sector during this period.
Sections of the government such as the DIPP and the Ministry of Health and Family Welfare have raised concerns about the merger and acquisition of Indian pharma firms, saying it may affect availability of affordable generic drugs. A health ministry proposal to cap FDI at 26 per cent was turned down by the DIPP.
With Indian firms being acquired at high valuation, the threat of changing the mix from generics to branded generics or patented medicines cannot be ignored, they said, adding, “Over 8 million people across the globe that receive anti-retrovirals from generic companies rely on Indian manufacturers.”
Takeovers would impair the ability of Indian companies to take advantage of drugs going off patent through 2015. “Amendment in the current FDI policy will strengthen the domestic firms and secure accessibility and affordability of medicines in the country as well as other nations dependent on India,” sources said.