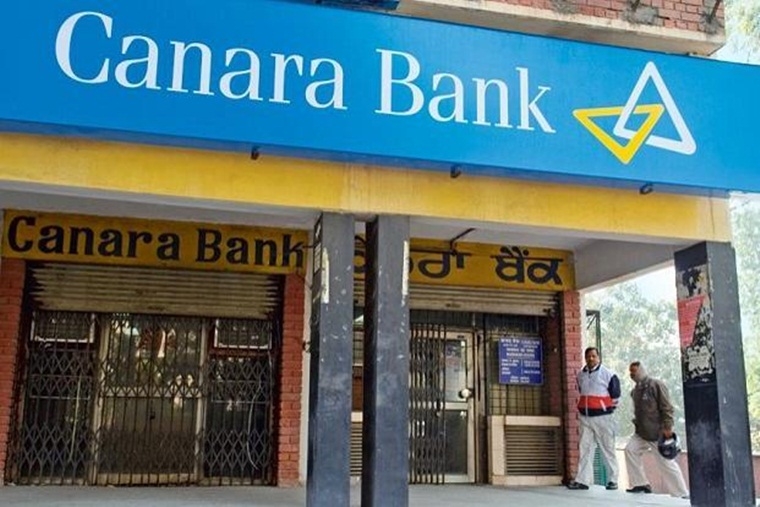 State-run Canara Bank on Tuesday reported a nearly three-fold jump in its net profit to Rs 1,177 crore in the quarter ended in June helped by a dip in the provision for bad loans.

The bank had reported a profit after tax (PAT) of Rs 406 crore in the year-ago quarter.

The bank's non-interest income grew by 67.47 per cent to Rs 4,438 crore in the reporting quarter compared to Rs 2,650 crore last year. Net interest margin (NIM) declined to 2.71 per cent in the quarter from 2.84 per cent in the year-ago quarter.

Fresh slippages during the quarter were at Rs 4,253 crore. Of the total slippages, 18-19 per cent came in from the retail sector and around 55-66 per cent from the MSME segment.

The bank's managing director and CEO L V Prabhakar told reporters that the collection efficiency has reached to 91 per cent as on June 30, indicating borrowers have started repaying.

"There was stress which was duly addressed by giving borrowers facilities under the resolution process and restructured under the Resolution 2.0 framework. This gave borrowers some breathing time and now they have started their businesses. Going forward, the stress should not be more than Rs 4,000-4,500 crore in the coming quarter (Q2)," he said.

The lender expects fresh slippages of Rs 14,000-15,000 crore during the current fiscal.

Under the RBI's Resolution Framework 2.0 for COVID-19, the lender has restructured 3.51 lakh accounts worth Rs 13,234 crore. Post these restructuring, the bank has received about Rs 64 crore of payments into the account and Rs 35 crore as pre-payment, he said.

"We are of the opinion that restructuring of retail, MSME, and small business has helped a lot to our borrowers and we are hopeful that in the coming two to three months there will be more and more borrowers who will be repaying the instalments even though they are not due," Prabhakar said.

Cash recovery in the quarter stood at Rs 1,598 crore and the bank upgraded Rs 2,292 crore of loans.

Prabhakar said at the start of fiscal 2021-22 the bank had given a recovery target of Rs 10,000 for the full year, but the number will be achieved much before March-end.

Speaking on National Asset Reconstruction Company Ltd (NARCL), it's executive director Debashish Mukerjee said the bank's board has approved an investment of 12 per cent in the bad bank.

"The board of NARCL has been formed and one of our CGMs has been inducted as the board of directors of NARCL. We are in the process of finalising what accounts are to be transferred," he said.

He said NARCL is yet to receive a license from the regulator RBI.