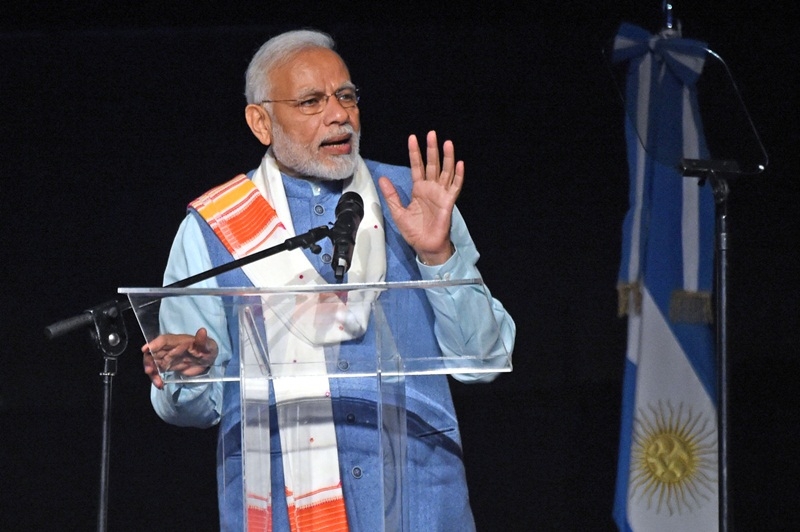 New Delhi: Off-budget borrowings by the Modi government, to finance capital and revenue spending in 2016-17, could make its earlier claims about adhering to fiscal limits go awry by as much as 5 per cent of the GDP, according to a CAG report. A Comptroller and Auditor General (CAG) report on Compliance of the Fiscal Responsibility and Budget Management (FRBM) Act, 2003 for fiscal 2016-17, tabled in Parliament on Tuesday, claimed that the government could have miscalculated its adherence to 3.5 per cent fiscal deficit and 2.1 per cent revenue deficit targets. “There is mismatch between the provision under FRBM Act and corresponding provision under FRBM Rules in respect of liability targets,” the report said.

According to the report, the government resorted to market borrowings (off-budget financing) for revenue as well as capital expenditure, after it exceeded expenses from the FRBM set limits of 70 per cent of budgeted expense, by mid-year 2016-17. “In terms of revenue spending, off-budget financing was used for covering deferring fertiliser arrears/bills through special banking arrangements; food subsidy bills/arrears of FCI through borrowings and for implementation of irrigation scheme (AIBP) through borrowings by NABARD under the Long Term Irrigation Fund (LTIF),” the CAG report said. The government had cleared fertiliser arrears of Rs 30,000 crore out of Rs 40,000 crore from 2015 onwards. It had committed to clear the remaining Rs 10,000 crore in the current fiscal. The food subsidy arrears, due mostly to Food Corporation of India, rose to an all-time high of Rs 2 lakh crore under this government. During 2016-17, it shot up to Rs 81,303 crore from Rs 68,834 crore the previous year.

In the previous three Union budgets, the government has promised funds of Rs 1.7 lakh crore to NABARD, to implement its rural development schemes, centred around irrigation, roads, and for farming and animal husbandry activities. “In terms of capital expenditure, off-budget financing of railway projects through borrowings of the IRFC (Indian Railway Finance Corporation) and financing of power projects through the PFC (Power Finance Corporation) are outside the budgetary control,” the report said.

The IRFC had made off-budget borrowings of Rs 1.02 lakh crore to fund railways projects, while the PFC borrowed Rs 2 lakh crore to finance power infrastructure. These borrowings were made over and above the budget limits, the CAG said. To finance activities of the government, the FCI and most of these organisations had resorted to borrowings through unsecured loans, and loans from savings funds like the National Small Savings Fund (NSSF). According to the CAG findings, the government understated its public account liability by Rs 7.63 lakh crore. This overspent amount accounted for 5 per cent of India’s GDP, making government spending comprise 50.5 per cent of India’s GDP, instead of its projection of only 45 per cent of GDP. The government had claimed to have bettered its target of 47.1 per cent of GDP, even while announcing and investing in large ticket government programmes.