BharatPe, which allows shop owners to make digital payments through QR codes, last week stripped Grover of all titles and positions over his alleged ''misdeeds'' and may take further legal actions, including clawing back of some of his shareholding.. / Representative image |

BharatPe Co-Founder Shashvat Nakrani has accused Ashneer Grover, with whom he had co-founded the payment startup, of creating a false narrative about the company, and said the board acted quickly and decisively in unseating him after receiving finds of a PwC report.

BharatPe, which allows shop owners to make digital payments through QR codes, last week stripped Grover of all titles and positions over his alleged ''misdeeds'' and may take further legal actions, including clawing back of some of his shareholding.

Read Also
BharatPe strips Ashneer Grover of co-founder tag; may claw back some of his shares

In a letter to employees, Nakrani said the Grover episode was an aberration and not the norm at BharatPe, and went on to defend the board who he said were celebrated names in the banking and financial services industry.

''Ashneer Grover, my co-founder, is no longer associated with BharatPe as an employee, a founder or a director of the company,'' he wrote. ''Ashneer sent in his resignation late night on March 1, 2022, to the Board, minutes after receiving the agenda of the Board meeting on the findings of the PwC report.''

While he did not dwell into the findings of the PwC report, the company had last week stated that, ''the Grover family and their relatives engaged in extensive misappropriation of company funds, including, but not limited to, creating fake vendors through which they siphoned money away from the company's account and grossly abused company expense accounts in order to enrich themselves and fund their lavish lifestyles.''

In the letter, Nakrani said Grover had ''tried to create a false narrative about the company that we have built together with the right spirit. While the content of the inquiry report is confidential and as a board member, I am not at liberty to disclose its findings, I am proud of the fact that our board acted quickly and decisively to uphold good corporate governance,'' he said.

Grover currently owns a 9.5 percent stake in BharatPe, while Nakrani owns 7.8 percent. Investor Sequoia Capital India is the largest shareholder in BharatPe with a 19.6 percent stake, followed by Coatue at 12.4 percent and Ribbit Capital at 11 percent. 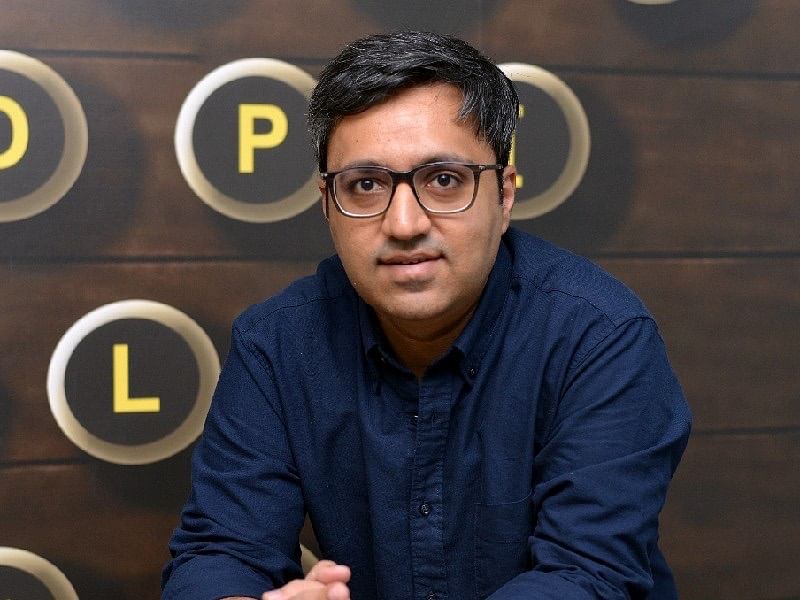 Reacting to BharatPe's decision, Grover had last week stated he was appalled at the personal nature of the company's statement but not surprised.

''It comes from a position of personal hatred and low thinking,'' he had said. ''I would want to learn who among Amarchand, PwC and A&M has started doing an audit on 'lavishness' of one's lifestyle?''

Grover had also questioned the role of former SBI chairman Rajnish Kumar, an independent director on the BharatPe board.

Read Also
Ashneer Grover tells BharatPe Board to do its actual job, stop vilifying him

Defending the board, Nakrani said the board comprises celebrated names from the banking and financial services industry who have been highly supportive in these challenging times.

''It's time now to stop rumors and innuendoes from distracting us and go back to the building,'' he said. ''Time to do what we have done in the past and will do best. We owe this to the fine team that works here, our shareholders, and this remarkable country that helps us prosper.''

BharatPe, which has engaged a law firm and risk advisory consultants to conduct a more detailed investigation after allegations of financial irregularities, last month sacked Madhuri Jain, head of controls and wife of Grover, for alleged financial irregularities, including using the company funds for personal visits abroad, beauty treatments, buying electronics and paying for helps employed at her residence.

Grover, who was on January 19 sent on a two-month leave of absence following allegations of using abusive language against Kotak Mahindra Bank staff and fraudulent practices, had filed an arbitration plea with the Singapore International Arbitration Centre (SIAC), claiming the company's investigation against him was illegal.

The emergency arbitrator (EA) rejected all the five grounds of his appeal, denying him a single relief.

Talking about business, Nakrani said the fintech firm, whose foundation was laid in a small hostel room of IIT Delhi, has seen exponential growth.

''We are at an annualized TPV run rate of $16 billion (Rs 1.2 lakh crore). Our merchant lending vertical is scaling up well; we have seen phenomenal growth and initial successes in postpe, and are about to cross 1,000 crore disbursals in just 5 months of launch; PAYBACK is delivering great numbers and has a lot in store.

''Our company revenue is likely to go up 4x in the current fiscal as compared to the last one (our revenue run-rate has already crossed Rs 700 crore per annum),'' he said.

Stating that BharatPe is the first fintech in India to get an opportunity to build a bank, he said the next chapters of success will be based on the pillars of trust, integrity, transparency, and teamwork.

''I am personally committed, and excited, to lead this next phase of growth with all of you. We continue on our vision to be the one-stop destination for the financial needs of merchants and consumers in India,'' he said.

Going forward, BharatPe will invest a lot more energy towards bringing millions of small merchants and new to credit consumers into the purview of the formal economy by helping them avail low-cost credit and other financial services.

''Also, we will continue to focus our energies on building India's first truly Digital Bank!'' he added. ''We have faced a crisis but we will turn it into an opportunity, we are Resilient!''