Banks board gets free hand, in good rapport with govt, says Rai 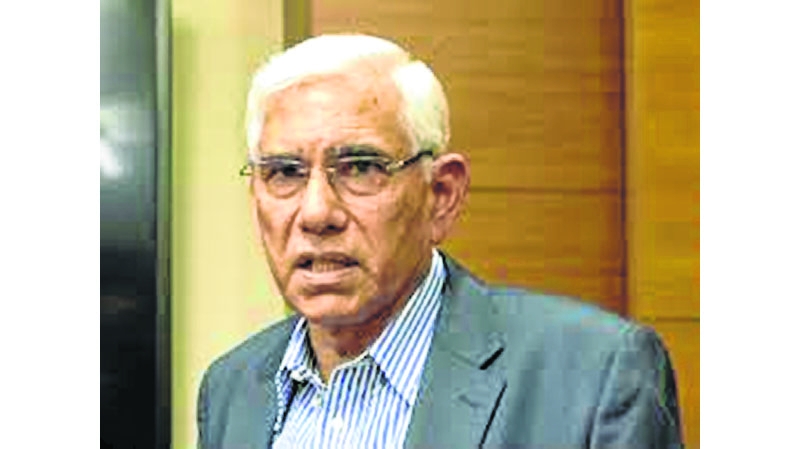 New Delhi : There have been many reports in the past that stated that Banks Board Bureau (BBB) and the government was not in sync. But BBB, Chairman, Vinod Rai denied these reports by saying that the board was given a ‘free hand’ in appointment process and dismissed any lack of coordination with the government.

Rai told PTI that the coordination was to the extent that Finance Minister Arun Jaitley himself took him into confidence even when there was change of guard at two large public sector banks in May 2017. The tenure of the BBB is coming to an end on March 31. The bureau started functioning from April 1, 2016 as an autonomous recommendatory body and has seven members, including the chairman. “The BBB in the last two years has done monumental work with support and cooperation of the RBI and the government along with secretaries to the government of India working as members to the BBB,” Rai told in an interview.

Dismissing reports that there was lack of coordination between the board and the government, Rai said the rapport was total and that he often met Jaitley and received guidance from him. The government never ever interfered in any appointment process and the bureau was given a total free hand, Rai said, adding that he even had the privilege of attending a meeting chaired by Prime Minister Narendra Modi on the banking sector.

Rai, the former Comptroller and Auditor General, said it was decided to collate all the work done by this bureau so that when the new BBB comes into being it would act as a base document for them. “This consolidated set of record or Compendium of Recommendations would come handy for the new BBB. This was created and put on the website but I could not see the finished document as I was away from the country,” he said.

Rai regretted the fact that an oversight in the 60-page compendium has been blown up to misleading headlines. “When it was put on the website unfortunately there were some misleading headlines with regard to letter written to the Finance Minister in July 2017 on which some suggestions were given,” he said. Those suggestions were discussed with the Finance Minister and the Financial Services Secretary a number of times post that letter, he added.

“I must have met the Finance Minister at least half a dozen times. Whenever I sought an appointment, I used to get the appointment to discuss various things. So formally, informally issues were discussed and taken forward,” he said.

Recalling an instance of close cooperation and coordination, Rai said the Finance Minister was so fair that he took him into the confidence even when the MDs of two large banks-Punjab National Bank and IDBI Bank- were replaced last year.