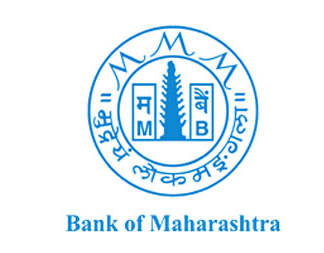 State-owned Bank of Maharashtra on Thursday reported a 103 percent jump in its standalone net profit to Rs 264 crore in the September 2021 quarter, helped by healthy growth in net interest income.

The lender had reported a standalone profit after tax of Rs 130 crore in the same quarter of the previous fiscal.

The bank's performance in the July-September 2021 period was good despite the pandemic, the bank's Managing Director and CEO A S Rajeev said. ''One major reason for higher profit is the growth of 34 percent in NII (net interest income). Our core performance has improved,'' he told reporters.

The bank's recovery from written-off accounts stood at Rs 340 crore, including Rs 258 from the DHFL resolution, in the quarter, and this also resulted in higher profit.

During the April-September period of this fiscal, the bank reported a 104.11 percent jump in the net profit at Rs 472 crore as against Rs 231 crore for HYFY21.

Gross non-performing accounts (NPA) declined to 5.56 percent from 8.81 percent in the corresponding quarter of the previous fiscal. Net NPA was also reduced to 1.73 percent as against 3.30 percent.

The provision coverage ratio improved to 92.38 percent against 87.15 percent. It holds a cumulative COVID-19 provision of Rs 973 crore as of September end.

Banks' recovery and up-gradation stood at Rs 645 crore from Rs 556 crore in the year-ago period. Fresh slippages in the quarter were Rs 553 crore.

The lender said Srei Infrastructure, where it has an exposure of Rs 550 crore, was identified as an NPA in the quarter and the account is fully provided for.

Rajeev said the bank expects 14-15 percent credit growth during the current fiscal. The bank's scrip was trading at Rs 21.90 apiece, up 4.53 percent on the BSE.