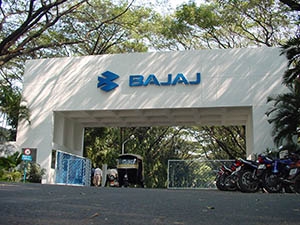 New Delhi: Bajaj Auto on Wednesday reported 21.23 per cent increase in its consolidated profit after tax at Rs 1,523.32 crore in the second quarter ended September.

The company had posted a consolidated net profit of Rs 1,256.57 crore in the same period last fiscal, Bajaj Auto said in a regulatory filing.

"Q2 was a difficult quarter for the domestic motorcycle industry. In retail terms, the decline was 14 per cent as against Q2 in FY19," it added.

Latin America continues to continues to face economic headwinds, recording a decline of 5 per cent in the second quarter over the year-ago period, Bajaj Auto said.