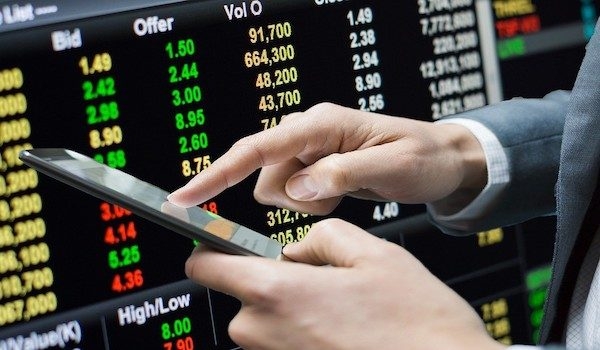 Asian shares were mostly lower on Monday after China reported its economy grew at a meager 4.9 percent annual pace in July-September.

The Shanghai Composite index lost 0.4 percent to 3,559.96 while the Hang Seng in Hong Kong declined 0.4 percent to 25,246.38. Chinese growth is under pressure from government controls meant to curb energy use and reduce financial risks from reliance on debt-fueled property developments.

Manufacturing also has been hampered by shortages of processor chips and other components due to the pandemic.

Compared with the previous quarter, the way other major economies are measured, output in the July-September period barely grew, expanding by just 0.2 percent.

That was down from the April-June period's 1.2 percent and one of the weakest quarters of the past decade.

The 4.9 percent annual pace of growth was slighly below forecasts and compared with a 7.9 percent expansion in the April-June quarter, which was exaggerated by the downturn in 2020.

"The growth outlook has weakened due to the various headwinds,'' Tommy Wu and Louis Kujis of Oxford Economics said in a report. They forecast that growth would "slow significantly'' in the current quarter.

Power shortages might persists, while other disruptions to manufacturing supply chains will likely ease. Weakness in the real estate sector, with major developer China Evergrande Group struggling to meet its debt obligations, would also slow activity, they said.

The S&P 500 rose 0.7%, while the Dow Jones Industrial Average rose 1.1 percent and the Nasdaq composite gained 0.5 percent. Positive company earnings dovetailed with a report showing people spent much more at US retailers in September than analysts had expected. Sales at stores, restaurants and other retail establishments rose 0.7 percent from August instead of falling, as economists forecast. The S&P 500 is back within 1.5 percent of its all-time high after a shaky few weeks as worries about stubbornly high inflation, reduced support for markets from the Federal Reserve and a slowing economy knocked stock prices around. Early indicators from earnings reports have been encouraging. All but one of the 19 companies in the S&P 500 that reported quarterly results last week topped analysts' profit forecasts. Such strength is crucial after climbing interest rates heightened worries that stock prices had grown too expensive relative to profits. The stronger-than-expected reports on the economy also help calm chatter about "stagflation," or a stagnating economy coupled with high inflation. Treasury yields rose following the much stronger-than-expected report on retail sales. The yield on the 10-year note climbed to 1.60% early Monday from 1.57 percent late Friday.

The price of benchmark US oil rose $1.23 to $83.51 per barrel in electronic trading on the New York Mercantile Exchange. It surged 1.2 percent to $82.28 per barrel on Friday, continuing a powerful run that has sent it up more than 70 percent this year and fanned worries about high inflation. Brent, the global benchmark for crude, climbed advanced 93 cents to $85.79 per barrel. It jumped 1 percent on Friday, though the price of US natural gas fell 4.9 percent.