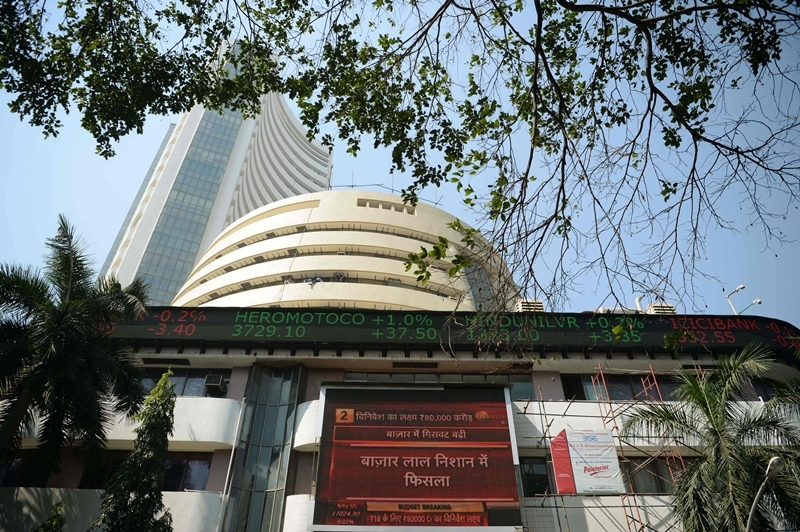 Mumbai: Equity benchmarks Sensex and Nifty ended marginally lower after a volatile session on Thursday, dragged by losses in IT and bank stocks, amid mixed results for the ruling BJP in state polls.

Top losers in the Sensex pack included Yes Bank, SBI and IndusInd Bank, that cracked up to 5.76 per cent.

Shares of Infosys also ended 2.36 per cent lower after Sebi and the US Securities and Exchange Commission initiated probe following whistleblower complaints that alleged "unethical practices" by top management of the IT major.

Further, the government has asked the National Financial Reporting Authority (NFRA) to look into alleged accounting irregularities at the company.

On the other hand, Bharti Airtel, RIL, HCL Tech, Asian Paints, Tata Steel and Tata Motors, rose up to 3.31 per cent.

The BJP-Shiv Sena alliance was on the road to power in Maharashtra while Haryana emerged a cliffhanger with no clear majority for either the BJP or the Congress, Election Commission trends indicated as votes for the assembly polls held this week were counted on Thursday.

Elsewhere in Asia, bourses in Hong Kong, Tokyo and Seoul ended on a positive note, while those in Shanghai settled in the red.

Equites in Europe were trading higher in their respective early deals.

Meanwhile, the Indian rupee depreciated 11 paise to 71 against the US dollar intra-day.