The penny stock hasn’t declined for a single session since September 9 in a rally that has lifted it to 7.67 rupees
FPJ Web Desk 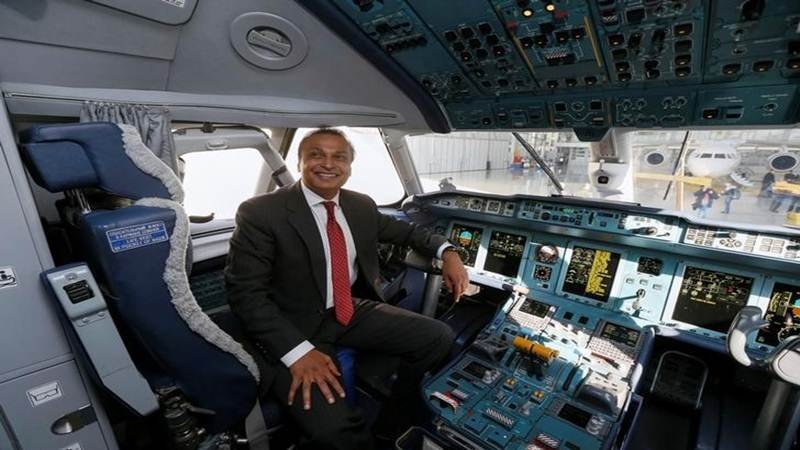 Anil Ambani, chairman of the Reliance Anil Dhirubhai Ambani Group, poses for a picture in the cockpit of an An-170 aircraft. |

Those who bought the shares of Reliance Naval and Engineering (RNEL) in the second week of September - when the price was about Rs 0.75 - have pocketed a jackpot as its prices skyrocketed on expectations that the government will give orders to the company for building warships. The share price shot up to Rs 7.67 from paltry Rs 0.75 in 11 weeks. I

The penny stock hasn’t declined for a single session since September 9. That’s the longest winning streak since the company’s trading debut in 2009.

The revival of the shipyard is crucial for Anil Ambani, who is betting on cash flows from government defense contracts as PM Narendra Modi plans to spend billions of dollars on national security. According to brokers, the stock’s parabolic advance is likely driven by speculators, rather than by a change in the company’s fortunes.