All spectrum allocated through auction, but will look into CAG observation: Ravi Shankar Prasad 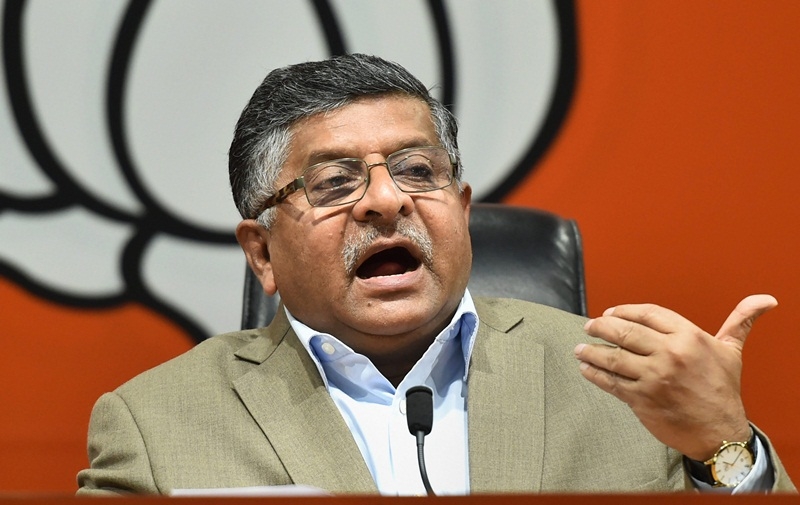 New Delhi: Union minister Ravi Shankar Prasad Thursday said every spectrum was allocated through auction during his tenure as telecom minister and will look into the anomalies pointed out by the CAG in spectrum allocation of 2015.  “Every spectrum was allocated through auction,” Prasad said on sidelines on an NIC event when asked about the shortcomings found by CAG in 2015 spectrum allocation.  When specifically asked that issue raised by the Comptroller and the Auditor General (CAG) pertains to microwave access spectrum, Prasad said “I will look into it”.

Microwave access (MWA) spectrum is allocated to telecom operators for short distances to provide mobile services. The CAG in its report tabled in Parliament Tuesday said that a set of MWA spectrum was allocated to a telecom operator in 2015 on the first-cum-first-service (FCFS) basis in contravention to the recommendations of a committee, while 101 applications for microwave (MW) spectrum were pending with the government. The national auditor neither mentioned the name of the company to which the microwave spectrum was allocated and nor the loss estimates.

The CAG in its report said the Department of Telecommunications (DoT) constituted a committee in December 2012 to look into the allotment of spectrum in various categories of spectrum users and proposed that the spectrum allotment in microwave band to all the operators should be done through market-related process — auction. “However, in contravention of the committee’s recommendations, allocation of MW access spectrum has been done on FCFS basis till date as was being done for 2G licence and access spectrum till 2009,” the report said.

The Supreme Court in 2012 had struck down FCFS policy in 2G spectrum allocation case of 2008-09 while cancelling 122 telecom permits that were granted spectrum through the process.”It was also found that allotment of MWA to access service providers was withheld by DoT since June 2010 and allotment against only one applicant was made in December 2015. There were 101 applications pending till November 2016 for allotment of MWA,” CAG said.