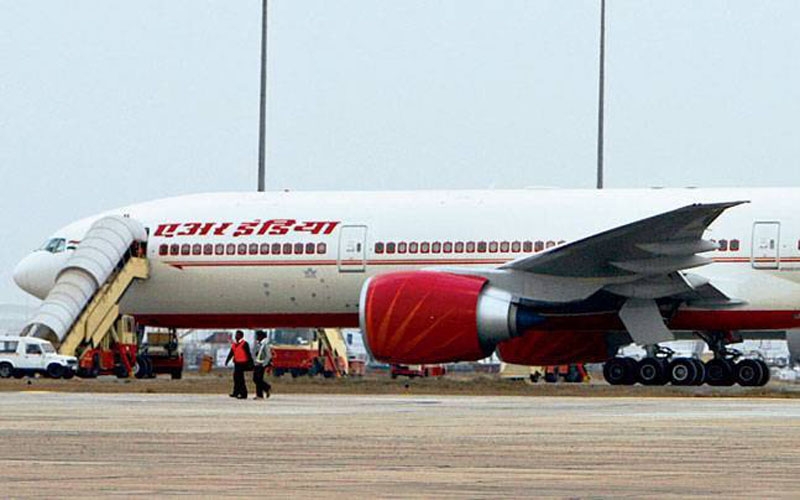 New Delhi: The divestment process of the flag carrier Air India (AI) took-off, after the government invited “Expression of Interest” to off-load 76 per cent stake and management control of the airline. The Preliminary Information Memorandum (PIM) inviting “EoI” for the strategic divestment of AI, along with the airline’s shares in AIXL (Air India Express) and AISATS (Air India SATS Airport Services) from private entities including the airline’s employees was issued on Wednesday.

“The Government of India has given ‘in-principle’ approval for the strategic disinvestment of AI by way of the transfer of management control and sale of 76 per cent equity share capital of AI held by GOI, which will include AI’s shareholding interest in the AIXL and AISATS,” said the PIM document.The document detailed that apart from AIXL and AISAT, other subsidiaries of AI Group like AIESL (Air India Engineering Services Ltd), AIATSL (Air India Air Transport Services Ltd), HCI (Hotel Corporation of India) and AASL (Airline Allied Services Ltd), “will not be part of the proposed transaction”.
According to the memorandum, private entities should have a net worth of Rs 5,000 crore to be eligible to send in their EoIs for the proposed transaction.

The entity is also required to have reported a positive profit after tax in at least three of the five preceding financial years.”However, if the member of the consortium is a scheduled airline operator in India, the condition to meet minimum share of net worth/ACI requirement shall not apply to such member provided equity shareholding of such member is restricted to maximum of 51% of paid-up equity share capital of the consortium,” the document said.
“In case of a foreign airline, the requirement to meet minimum share of the Net Worth/ACI requirement shall remain applicable.”

On the debt restructuring, the PIM disclosed that the “existing debt and liabilities of AI and AIXL as on 31st March, 2017 are being reallocated and it is expected that debt and liabilities, including net current liabilities of Rs 88,160 million, aggregating to Rs 333,920 million will remain with AI and AIXL”. “The balance debt shall be allocated to Air India Asset Holding Ltd which is 100 per cent owned by the GOI subject to receipt of requisite approvals from lenders and regulators, as applicable.”

The selected bidder will be allowed to use the “Air India” brand for AI business operations for a minimum specified number of years…” The last date of EoI submission has been set for May 14, 2018. Last month, Minister of State for Civil Aviation Jayant Sinha had said that the government plans to divest its stake in the national passenger carrier by this year-end.

In his Budget speech for 2018-19, Finance Minister Arun Jaitley had said: “The government has also initiated the process of strategic disinvestment in 24 Central Public Sector Enterprises. This includes strategic privatization of Air India.” The airline is under a massive debt burden of over Rs 50,000 crore. Currently, the combined entity of AI and AIXL has an extensive network connecting around 43 international destinations and around 54 domestic destinations. The entity operated a fleet of 138 aircraft as of December 31, 2017 comprises 69 Airbus and 69 Boeing plans.