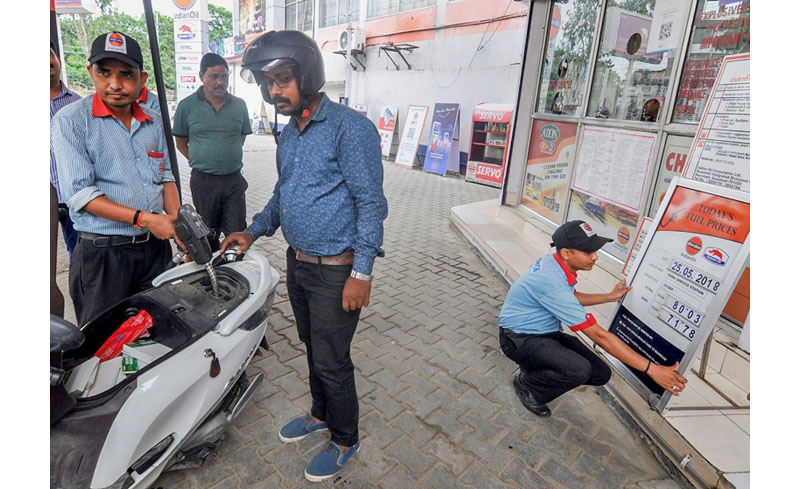 The price of diesel in Rajasthan will decrease by about Rs 12.60 and petrol by Rs 6.80 / Representational image |

After the Centre reduced the excise duty on petrol and diesel giving a relief of Rs 5 on petrol and Rs 10 respectively, the Rajasthan government too has slashed the retail price of the two fuels.

According to an estimate, the price of diesel in Rajasthan will decrease by about Rs 12.60 and petrol by Rs 6.80.

The Centre has also requested the state governments to bring more relief to the general public by reducing the rate of VAT. However, the Ashok Gehlot government is yet to announce the rate on VAT.

According to Sunit Bagai, President of Rajasthan Petroleum Dealers Association, the diesel in Jaipur is expected to be cheaper by Rs 12.60, while petrol will cost Rs 6.80 less.

With the new price, petrol will be around Rs 110.65. per litre and diesel Rs 95.79 per litre. The new rates have been implemented from 6 a.m. on Thursday.

Soon after the announcement by the Centre, states likes Goa, Tripura, Assam, Karnataka and Bihar have announced to reduce VAT on petrol and diesel.

However, no such announcement has been made by the Rajasthan government even at a time when VAT remains highest here. It is 36 per cent on petrol and 26 per cent on diesel, said officials.