A year on, Maggi back to winning ways: Nestle 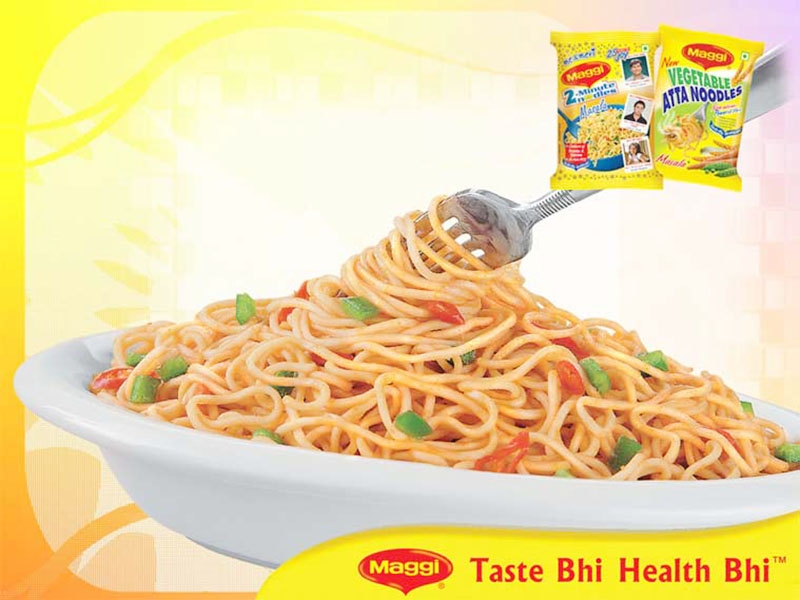 New Delhi : A year after Maggi made a comeback following a ban of over five (rpt) five months, Nestle India is looking to consolidate its leadership position in the noodles segment, and re-grow the overall category that has shrunk due to trust issues with consumers over food safety, reports PTI. Besides, the company which launched 25 to 30 new products across categories in the last three months, is working to grow the categories in its pursuit. “The (Maggi) brand was clinically dead in June 2015 when the crisis happened but at the same time, I am happy to say that today, it is knocking at 60 per cent market share and we are back to leadership,” Nestle India Chairman and Managing Director Suresh Narayanan told PTI. Maggi was banned by FSSAI in June 2015 citing presence of lead beyond permissible limits and labeling regulations on taste enhancer ‘MSG’. At the time, Nestle India withdrew the product from the market.

Before the ban, Maggi commanded a market share of around 75 per cent. Following legal battles, the popular noodles brand was back in the market in November last year. “We are not yet back to where we were but we still have a journey to traverse but we are back strongly to leadership,” Narayanan said. According to estimates, in 2015, the overall noodles segment in India was valued at around Rs 2,300 crore. “This is about 20-30 per cent less than what it should have been…because of the unfortunate seed of doubt that was planted on Maggi, two things happened — one was that level of trust in noodles itself became a suspect because we were the market leader by far,” he said. “To a certain extent, the category was shrunk because the market leader was not there and the category came into question,” he added. Some of the other categories in snacking such as biscuits and chips have been beneficiaries from the Maggi episode, he felt.