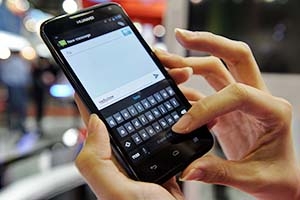 Facing trial in the 2G scam, Loop had moved the 2G trial court seeking directions for referring the matter to Lok Adalat

New Delhi : A special CBI court here dismissed a plea by Loop Telecom Limited seeking directions for referring to Lok Adalat a case arising out of the 2G scam probe, saying prima facie there were “no chances of settlement” and the case has “wider ramifications”, reports PTI.

“Prima facie, there are no chances of settlement. CBI is opposed to settlement and DoT agrees with it. As such, the case does not appear to be fit to be referred to Lok Adalat,” the court said.

“The case of the prosecution is that the DoT was induced by the applicants/accused to grant these valuable licences and thereafter, spectrum to them by deceit.

Facing trial in the 2G spectrum scam, Loop Telecom had moved the 2G trial court seeking directions for referring the matter to Lok Adalat for “settlement”, saying the offences alleged against them are compoundable.

Lok Adalat is an alternate dispute resolution mechanism to enable parties in civil and compoundable criminal cases to compromise their disputes and settle the case. If the parties concerned fail to reach a compromise, the case is remanded back to the court.

The company said it was “ready and willing to any fair and reasonable terms for compounding the said offence.” The charges against the company are of conspiracy to cheat and the offences are compoundable under law, the company said.

CBI had opposed the plea saying the Supreme Court orders have barred any other court in the country from hearing 2G cases except the special 2G-court and the apex court itself.