New Delhi (India), December 15: Nepalese Forbes listed billionaire Binod Chaudhary announced the massive acquisition of majority shares in UBC (United Bank of Colombo), Srilanka. Chairman of CG Corp Global, the group makes its maiden foray into the financial services industry in Sri Lanka. The acquisition of 70.84% shares in UBC is via CG Capital Partners, a private equity company incorporated in Singapore under the umbrella of CG Corp Global. When the transaction was announced to the Colombo Stock Exchange on the 1st of December 2022, the Bank’s share gained 13.3% to close at LKR 8.50. UBC is among Sri Lanka’s twelve listed banks with a market capitalization of LKR 9.1 billion.

“At this moment, Sri Lanka is going through very tough times and struggling to mobilise foreign funds and investments even through the IMF,” confirms Chairman CG Corp Global & Nepal’s Top Industrialist Mr. Binod Chaudhary.  “Banks are under tremendous pressure as are the borrowers. And yet again despite all these economic setbacks, we have decided to take a plunge into Sri Lanka. We know it’s going to be tough, but that’s the extent of confidence and our deep-rooted close ties with Sri Lanka,” he said of his investment into the eighth largest listed bank in Sri Lanka.

Chaudhary also asserted “As part of CG’s larger growth & magnification story globally, we are equally focused and passionate about growing in India continually. Strongly rooted in our strategic manufacturing footprints across the country, we believe in ‘India’s Growth Story’ & this is the right time to invest in a country which will soon command over 25% of the world’s consumer population. As the saying goes popularly – India is not a Country, It’s a World of its Own!” 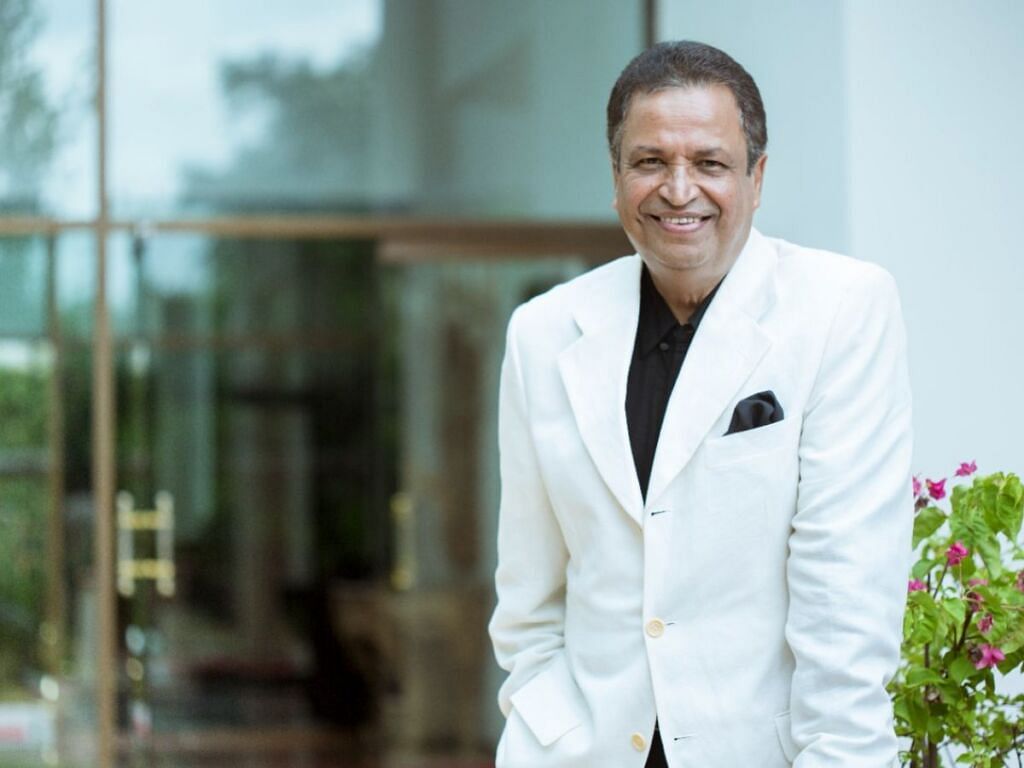 In India, CG Hospitality has been present for over two decades. CG has rapidly scaled and established a strong base of operations, since the mid-nineties. The group has ventured majorly into FMCG, CG Foods is the FMCG vertical of CG Corp Global and the owner of the phenomenally popular WAIWAI brand of Noodles. With manufacturing footprints across 7 distinct locations in India and a Mega Food Park in Rajasthan, CG believes in doing business with a purpose. Other verticals include Real Estate and Hospitality which flaunts a rich portfolio of 4 CG owned Taj Safari lodges and 78 managed hotels under The Fern, Zinc and Beacon brands with a whopping 4556 keys.

Chaudhary made a significant investment in 2001 in the iconic Taj Samudra Colombo through a joint venture with Indian Hotels Corporation Limited (IHCL), it was in the middle of Sri Lanka’s debilitating war.  While other investors were unwilling to consider any investment, Chaudhary saw opportunity in the war-torn country, a gesture appreciated not just by the government at the time, but the industry at large.  This investment was also Chaudhary’s first ever investment in the hospitality industry, which today has a partnership with IHCL across 11 properties in 06 countries.

Featured in the Forbes Billionaire’s Rich List since 2013, Mr. Chaudhary has a long-standing friendship with Sri Lanka.  The initial foray into Taj Samudra led Chaudhary to invest in twelve different properties in partnership with Jetwing Hotels Group and Ceylon Hotels Corporation. CG is also the largest shareholder in Nabil Bank, which is currently the largest bank in Nepal’s private sector, post its recent acquisition of Nepal Bangladesh Bank.