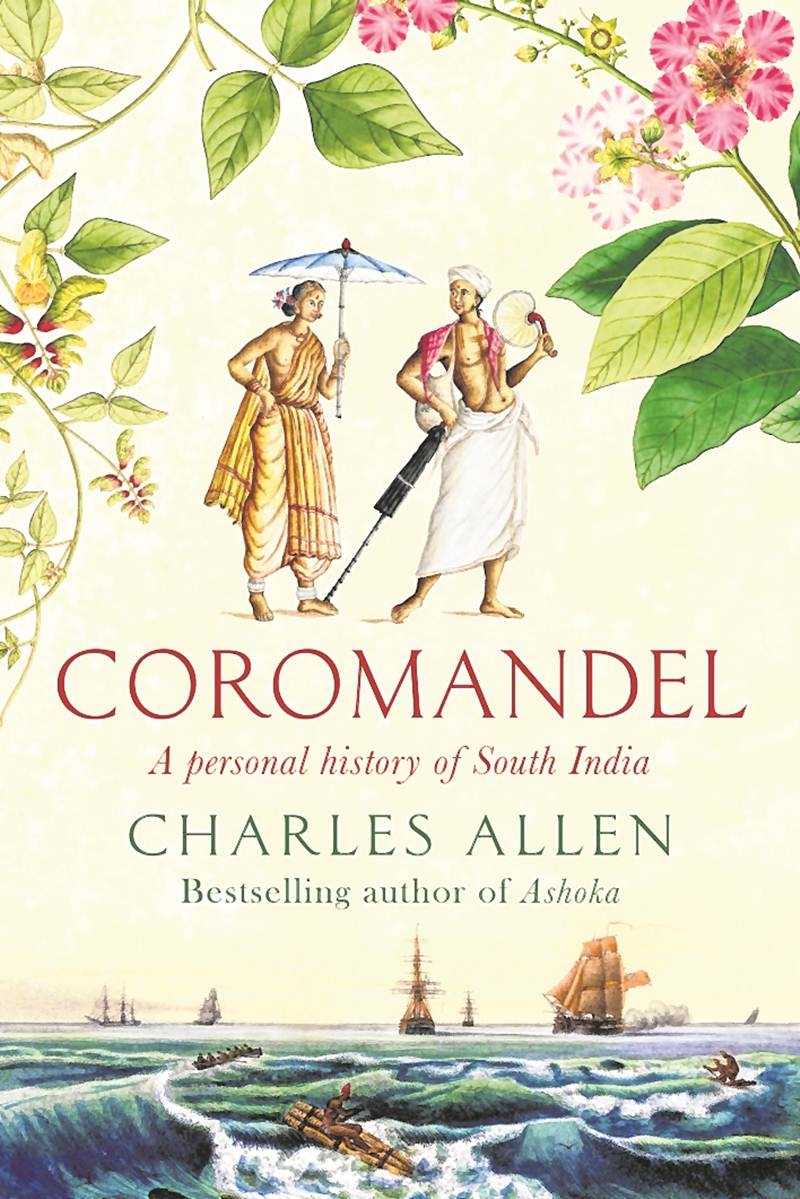 Author of more than twenty books, Charles Allen, once again tells the tale of India by giving the straight narrative stating the original hues. This time it is South India. He begins the narrative with a health warning as the book could appeal to ‘HINAs (Hindus in North America) and HIBs (Hindus in Britain)’, although, his disclaimer includes that he writes as a ‘secular humanist’ as his ‘cultural attitudes have been shaped largely by Britain, which is an increasingly secular society’ and the British are ‘in general not just irreligious but downright anti-religious’. In this way, those who possess religious preoccupations should not read this book, Allen instructs.

He explains his roots in India by giving vivid images of his childhood, and also about his wide and broad reading by including quotes from Edward Said and Nirad Choudhary while commenting on his own book. An interesting example of his childhood imagery is of the ‘assassinated Mahatma Gandhi seated on a lotus leaf with his spinning-wheel’, which has stayed with Allen forever.

Allen’s study of the cultural attitudes includes his understanding of the ancient and modern languages of the land when he explains how Deccan is made from Dakshina in Sanskrit which was derived from Dakhina in Prakrit. He also describes that India is a land divided by languages with the help of a map depicting which part speaks which language and those are originally Sanskrit-based or Tamil-based.

He begins his narrative from the ‘very tip of India’ explaining the significance of kala pani. Covering the water boundary, he moves upwards but stays in the south. His research about the cultural heritage reveals several myths and perceptions of the localities which are given with picture proofs and excerpts from the researchers. The tales of the tradition are enchanting and cause revelation. He also gives the etymology of several common and popular terms like the word Malay has come from Malai which originally means Hill. He talks about the ancient dwellers differentiating between Adivasis and Dalits.

The account of historical-religious prominence depicted in this book is a real treasure which encompasses the times of Mahabharata, Harappa civilisation and today to expose the world heritage. The understanding of Indian history is also aided by Vedic verses. Hence the graph of his narrative would have land to its x axis and time to its y axis. It encompasses the old map of the Indian plains and the times of Vedas.

The celebrated sage Agastya appears to be prominent according to Allen as he provides the etymology of his name which means overthrower of mountains. His dwarfish personality contrasts with his mountainous capacity and gives an account of the extraordinary Tamil phenomenon.

Sravana Belgola in Karnataka has for thousands of years the tallest free-standing statue in India of Jain saint Bahubali. It conducts a shower of the statue once in twelve years, happening in February 2018. The tales of Mysore surveyed by Mackenzie and Dr Buchanan are broadly studied and included in this book as South India follows variety of Jain customs. The book also consists a wide study of prevailing Buddhism, their physical illustrations and how it travelled to China. Allen talks about Satavahana; the Juggernaut, a version of Vishnu; journey of Cholamandalam to Coromandel; of Malaya to Malabar; Muslim rulers; and Hindu prevalence.

Born in 1940 in Cawnpore, now Kanpur, several generations of Charles Allen served under British Raj. After independence, his family moved back to London where Allen spent his years of education and worked for three years as a tea taster. He worked as a teacher in Nepal and realised that history and travel writing is his forte. He mostly focuses on Indian Subcontinent. His bestseller Ashoka: The search for India’s lost emperor is a biography of King Ashoka Maurya. His most recent work Kipling Sahib: India and the making of Rudyard Kipling is again a biography of Rudyard Kipling. This recent work, Coromandel: A Personal History of South India states an honest account of southern states of India.

All in all, the book is a thorough read of historical circumstances that have caused India to be what it is today. It gives a sense of satisfaction and common understanding. The facts and information that have been learnt and understood about the South Indian history by any Indian believer would be arranged systematically in the minds of the readers by revealing several join-the-dots points. As Allen observes, in reading of history, there is a hidden political message. A reader of this book will be able to find out a political message for himself of this historian.