Beyond Dharma: Dissent in the Ancient Indian Sciences of Sex and Politics by Wendy Doniger-Review 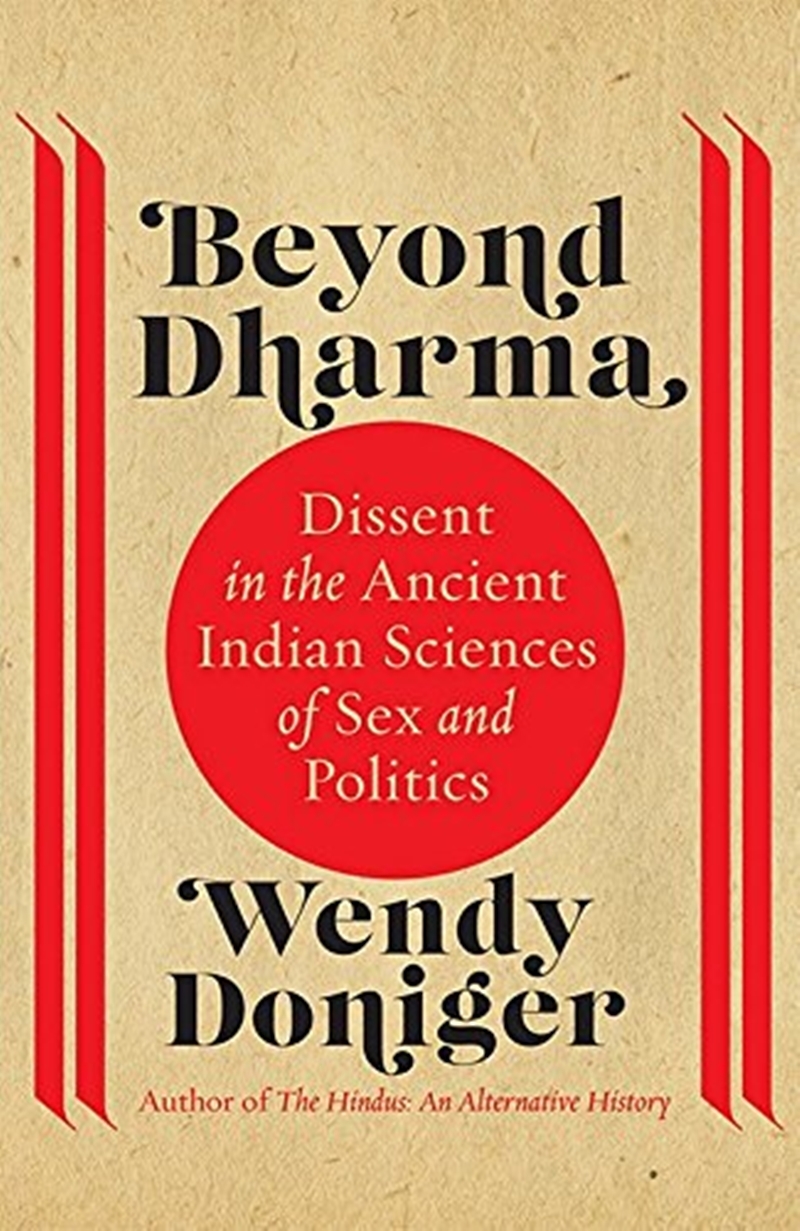 Title: Beyond Dharma: Dissent in the ancient Indian sciences of sex and politics

The Hindu belief system has always encouraged deliberations, debates and questioning of not only one’s beliefs but also, of all the ancient Indian texts, religious or otherwise. So, the book, ‘Beyond Dharma’ by Wendy Doniger gives a wonderful opportunity to deliberate on the Shastras in the present day. The book with its exemplary research is insightful and also somewhat controversial as it attempts to define the elusive word Dharma and its overall place in human life. However, Doniger’s book is not just about the philosophical aspect of Dharma, rather it draws parallel between Kautilya’s Arthashastra and Vatsyayana’s Kama Sutra and how both oppose what is mentioned in the Dharmashastras.

The book picks up popular terminologies from Hinduism, such as moksha and provides different views of the word when mentioned in Arthashastra and Kama Sutra. The author states, “…Kama Sutra speaks of it only twice, once when it simply assimilates moksha to dharma and once when it describes the courtesan’s success in achieving the release (moksha) of an unwanted lover (6.3.44), a strikingly profane use of the word. The Arthashastra, too, never mentions moksha in a religious context, but uses it only to designate the release from marriage – divorce (3.4.27,30). The unusual use of this highly religious word to designate sexual separations in both texts is surely a bit of blasphemy that the Kama Sutra picked up from the Arthashastra. In any case, moksha is not part of the worldly realm of the shastras.”

While talking about Hinduism and Dharma, it is impossible to not talk about Manu. The book says, “There are many other dharma texts, with significantly different ideas on many of the subjects that concern us here; some are older, some later than Manu… But Manu’s texts remains the gold standard that most later texts either accepted or rebelled against, and it provides a base against which we may measure the other two texts that are our main concern.”

In the epilogue, Doniger brings forth the colonial impact on these texts. So, after the British colonised India in the eighteenth century a sanitised version of the Kama shastras arrived. The book boldly mentions, “…As not only Protestants but Victorian Protestants, the British rejected as filthy paganism the sensuous strain of Hinduism, both the world of kama and much of Hindu theological dharma, with what they saw as kitschy images of gods with far too many arms. It reminded them of Catholicism.”

Overall, Doniger’s book must be read with an open mind and its content should be taken as a well-researched document that could help us to look at the ancient texts with a fresh pair of eyes.